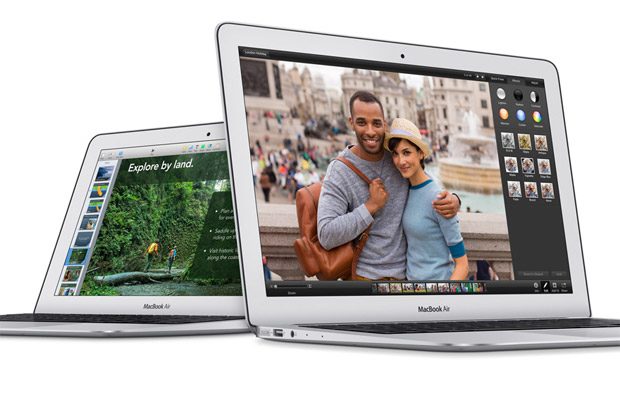 For many, the Macbook Air might well be the best ultra-portable available these days. It doesn’t pack as many features as some of the top ultrabooks you can find in stores, but it does provide a well balanced experience for an attractive price. And that’s basically how I would summarize the 2013 Macbook Air in very few words.

There is a 2014 model now though, but it’s not the major update some of you might have expected. No, it’s just a marginal bump from last year’s version, corroborated with a price cut. And that actually makes these Early-2014 Macbook Airs an even better bundle than they were before.

Hardware aside though, the 2014 Macbook Airs are almost identical to their predecessors, which means that they keep the aluminum body, the backlit chiclet keyboard, the decent numbers of ports, the huge battery life, the software package and the screens.

In other words, these new Apple laptops are not the much awaited Retina Macbook Airs, but I’m confident we’re going to see those later this year. So stay tuned.

Anyway,let’s have a look at the complete list of specs below for now, and then I’ll take you through what’s new on these 2014 MBAs.

As I mentioned before, this update basically brings new processors inside the MBAs. We’re still talking about Intel’s Haswell ULV line, with Core i5 and Core i7 CPUs bundled with Intel HD 5000 graphics. However, the base version of the MBA packs a newer Core i5 processor (Intel® Core™ i5-4260U), clocked at 1.4 GHz (slight bump from the 1.3 GHz i5 in last year’s base model), with TurboCache up to 2.7 GHz (2.6 GHz on older model).

In practice, you’ll hardly seen any speed improvements over the older version, so if you already have a 2013 Macbook Air, there’s absolutely NO reason to upgrade to this Early-2014 edition.

The 2014 Apple Macbook Air – much like before, just faster and more affordable

However, if you’re after a new ultraportable today, the 2014 MBA is not only going to be slightly, slightly faster, but also somewhat more efficient, as it packs a more refined Intel Haswell processor. But that’s only a feeling for now, we’ll have to wait for some reviews before drawing conclusions.

There’s no word on a new Intel Core i7 processor for now, as the top configuration still bundles the Intel® Core™ i7-4650U.

But that’s not all. These new Macbooks are now $100 (or Euros, or Pounds, depending on where you’re from) cheaper than their 2013 kins. In other words, the 11.6 inch Macbook Air with 4 GB of RAM, 128 GB SSD and the Core i5 processor mentioned above starts at $899, while the 13 inch version, with the exact same configuration, starts at $999. You’ll find both versions discounted online though. 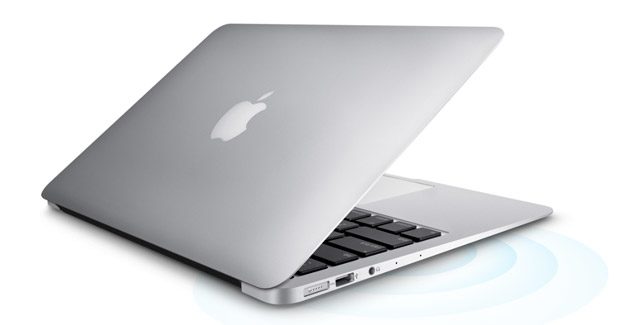 Switching the 128 GB SSD for a larger 256 GB one will up the price by $200 in each case, which is an abrupt increase, but the i5/4GB/256 GB versions are also $100 cheaper than they were last year. So, long story short, all available configurations are now $100 cheaper than before.

Wrapping it up, there’s not a lot to say about this Early-2014 edition Macbook Airs, as they are nearly identical to last year’s models and only pack new processors, while selling for about 10% less.

All the other features rest unchanged, starting with the build quality, the keyboard, the touchpad, the ports, the screens and the battery life (9 hours of the 11.6 inch version and 12+ hours for the 13 inch model).

And that makes the 2014 Macbook Airs an even more attractive pick then they were before, if you don’t want fancy features and can look pass their only major drawback imh, the TN panels. If you can’t, well, there are plenty of solid ultrabooks to pick from, or you can save your money for the retina Macbook Airs, which are bound to arrive by the end of this year, according to the latest rumors.

Disclaimer: Our content is reader-supported. If you buy through some of the links on our site, we may earn a commission. Learn more.
Andrei Girbea, Editor-in-Chief. I've been covering mobile computers since the 2000s and you'll mostly find reviews and thorough guides written by me here on the site.
← Previous Story Asus Chromebook C200 / C200MA review – dead silent
Next Story → Asus Chromebook C200 vs Acer Chromebook C720 comparison