Asus Zenbook U500, the first ever 15-inch Asus ultrabook 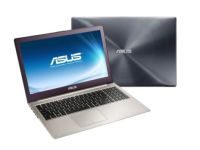 The ultrabook “branch” of portable computers is a relatively young one, but in the year since we saw the first ever ultrabook released, the niche has evolved and changed significantly.

Not only are the new ultrabooks snappier and more elegant than the ones from 2011, but the focus seems to have been shifted (or at least diversified) from 13-inchers to larger 14 and 15-inchers.

Asus couldn’t have missed out on this new found trend, so it didn’t come as a very big surprise to spot the Asus Zenbook U500 over at the IFA in Berlin.

The fresh new 15-incher is far more massive than the UX21 and UX31, but it’s as beautiful as one would expect and packs a lot of “heat” under its hood.

Update: I’ve played with the Asus Zenbook U500 for a couple of days and put together this review here. Have a look, you’ll find tons of interesting things in that post.

Asus has left a lot of blanks to be filled after the U500’s unveiling in Berlin, one of the most important details to still be unraveled being the 15-incher’s weight. We do know that the new Zenbook is only 0.78 inches thick though, so it’s obvious we’re still dealing with a “featherweight”. 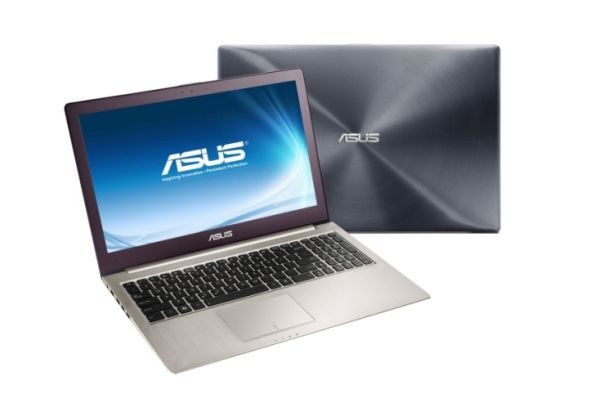 Although usually 15-inchers are not very portable, the U500 looks quite sleek.

We also have our good friend Mike’s hands-on from the IFA (below), and, even if he says that the new laptop is “massive”, it looks decently light for its size. Wrapped in a “sleek aluminum shell with unique spun hairline finish”, the Zenbook U500 is also elegant and sturdy as heck, rocking what truly looks like a premium overall design.

If there’s one thing that should make you go for a 15-inch ultrabook over a 13-incher, that’s the keyboard. The Asus U500 features a full-size keyboard with separate numeric keypad and automatic backlight, which sounds like the combination of a lifetime for us. Now Mike didn’t have the chance to play around with the notebook very much, but at a first glance the keys look well sized, well-spaced, responsive and accurate. 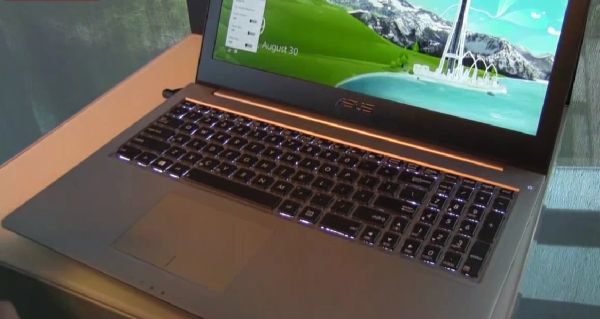 As for the touchpad, this looks exactly the same as the one featured by the UX31A. You might remember that we didn’t actually love that touchpad, but it was far better than the one on the UX31, and chances are this new one is even more functional.

I already told you that Asus is for some reason keeping mum on a bunch of details about the Zenbook U500. The spec sheet in particular is still rather blurry. However, we do know that the 15.6-inch IPS panel will come with 1920 x 1080 pixels resolution and anti-glare technology, which is basically all we could ask from a laptop’s display these days.

In terms of hardware, we only know bits and pieces right now, including that the U500 will come with an Ivy Bridge Core i7 processor under its hood, an optional NVIDIA GT650M graphics chip and the choice of dual SSDs (up to 512 GB of storage space) or a more modest combination of an SSD and a hard drive (128 + 500 GB of memory).

The RAM and the chipset’s model and clocking are kept under wraps and we also don’t know how many differently specced models will Asus put up for sale.

Connectivity options and others

As you would expect from a “massive” 15-incher, the Zenbook U500 is set to come with all the ports and connectivity options one might need. There are three USB ports on the laptop’s sides, an SD card reader, a miniDisplay port, a LAN adapter and an HDMI connector. 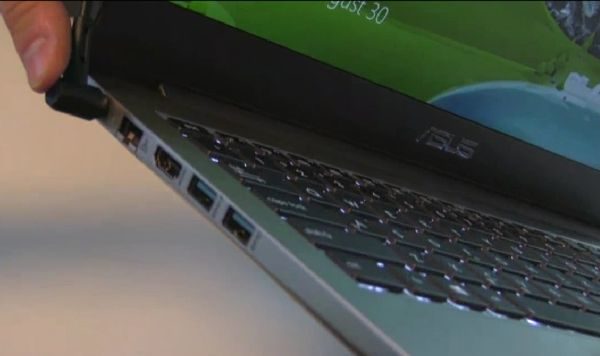 Could anyone ask for more ports from such a sleek laptop?

The battery’s capacity and autonomy are unknown at this time and all we know on this front is that the Asus Super Hybrid Engine II technology is there to “deliver up to 25% longer mains-free use when it’s needed most” and that the battery is sealed and therefore a non-removable unit.

On the software front, the U500 runs of course Windows 8 and hopefully there’s not a lot of pre-loaded “bloatware” to taint the user experience.

Absolute silence and mystery. This is all we’ve got so far from Asus in terms of pricing and availability, which means that the guessing game is on. We can certainly hope to see the Zenbook U500 released in time for the holiday season, but other than that we wouldn’t rush to a prognosis. As far as pricing goes, we again hope to see the base 15-incher up for grabs for no more than $1,500, although this is just a wild guess for now.

It has been obvious for a while that the guys at Asus are very serious about their ultrabooks, and this Zenbook U500 is just the icing on the cake.

We wouldn’t rush to say this is the absolute best 15-inch ultrabook around before finding out all the information about it and getting some more one-on-one time with it, but we will say this. The U500 has the potential to become one of the greatest ultrabooks of our time. Of course, if you dig the 15-inch form factor and you don’t mind spending quite a lot of dough.