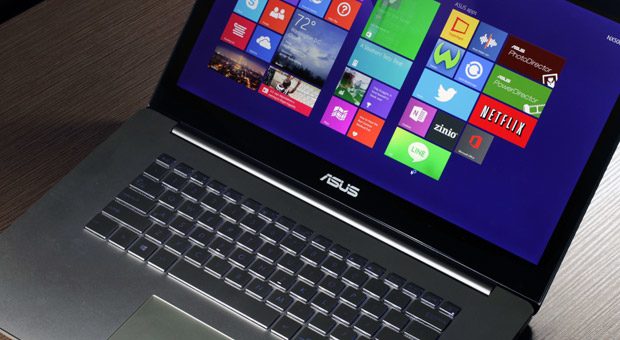 There’s been a lot of hype around Asus’s Zenbook NX500 launched a few weeks ago at Computex. The laptop is expected to hit the stores by the end of the Summer or early Fall and in the meantime, I’ve got my hands on an early production sample that I’ll be testing in the next few days.

I’ve got it from Asus, just like the Zenbook UX303 I tested a while ago, and will get back to them as soon as I finish with it. As a pre-production version, it might not have the final drivers and might encounter some glitches that could be fixed on the final units, or it can be identical to the retails models (which is usually the case). This post is a collection of my initial thoughts and impressions after playing with it during the last day, and I’m documenting the full review that’s going to be published on the site by next week.

I’ll take the NX500 through my standard review routine, analyzing the build quality, screen, keyboard, trackpad, hardware, performance, etc. But if you have any questions or you want me to test anything in particular on it, well, leave your replies below in the comments section and I’ll do my best to answer. One thing I’m not going to do is overclock it, as this needs to get back to Asus in one piece J.

Update: You can find my detailed review of the NX500 over here. Have a look! 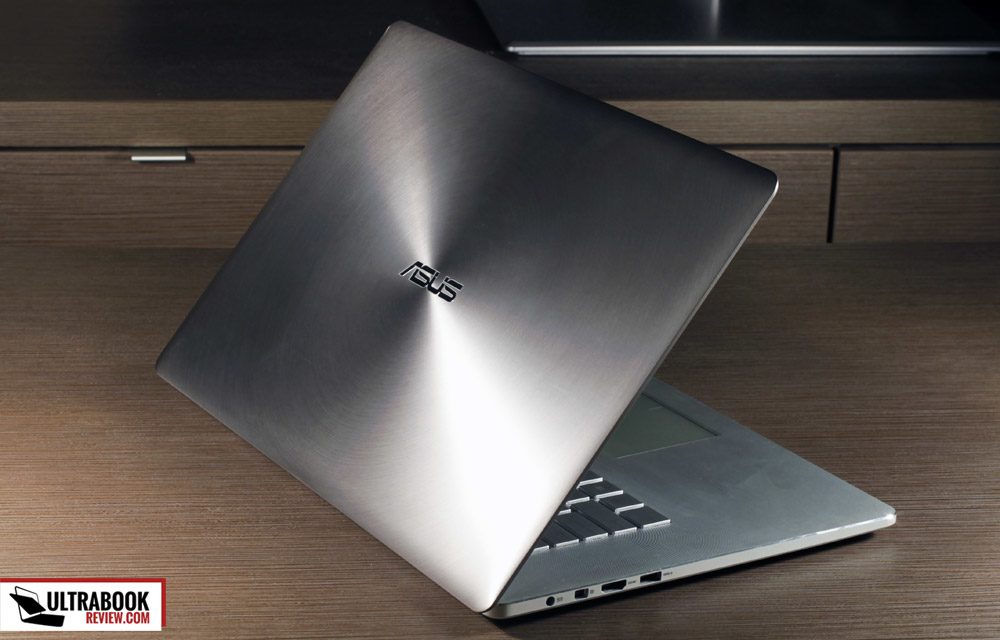 The NX500 succeeds the Zenbook UX51VZ that I reviewed in 2012 and is not just a spec-update of that one, but also improves on a couple of different major aspects.

Aluminum is still used for the entire case, but the body is slightly rounder, with less aggressive cuts and corners. In fact, aesthetically the NX500 is a scaled version of the UX303LN. There’s the same subtle texture on the lid cover, which will make it less prone to smudges than the older Zenbooks. Unlike the 13 inch version though, which had a Brownish color, this one is Silver.

The interior is different though and resembles the one of the Asus N550 series, with concentric perforations that hide beneath the speakers (seem to be two cuts for each speaker).

There’s a more compact keyboard that on the UX51, as the NumPad Area is no longer included, and that’s something I for one appreciate. The typing feedback is decent, on par with what we’ve been used to from Zenbooks lately. The keys are silver though and I would have preferred if they were black, the contrast would have looked more appealing on the aluminum body. On top of that, it’s actually difficult to spot the writing on the keys in some cases, as we basically get s different shades of silver writing on silver keys on a silver background.

The trackpad is smooth, but not very big. Looks about the same size as the one on the 13 inch Zenbook and I’ll let you know how well it performs in the review. 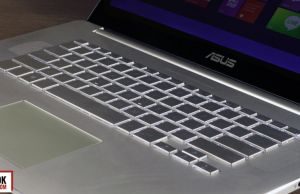 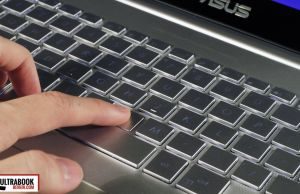 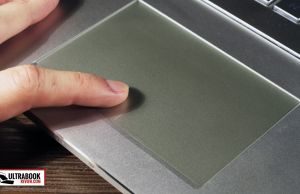 The ports selection is decent, but the NX500 includes exactly the same ports as on the UX303LN, despite being a larger device, with 3 USBs, HDMI, card-reader and mini-DP. An extra USB would have been nice. There’s also an USB to RJ45 adapter included in the box. The older UX51VZ also came with an external subwoofer in the pack, and an external optical drive, but these are no longer included with the NX500. There’s a sleeve though. A silver one!

The final aspect I’m going to address here requires you to flip the laptop upside-down. You’ll notice there are no cooling grills on the belly, and this gets me somewhat worried. Air is sucked in from the grill behind the hinge, and blown out through there as well, and we’ll see if that’s efficient and whether or not has any impact on gaming-performance and temperatures. Those we’ll be discussed in depth in the review. 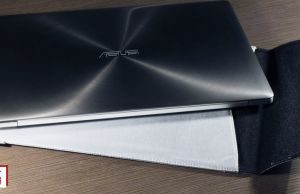 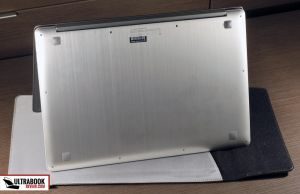 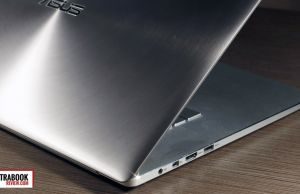 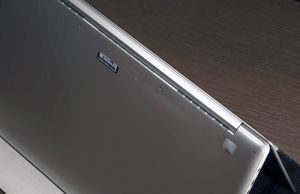 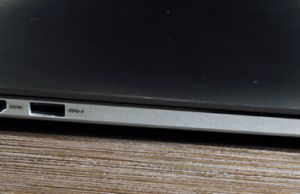 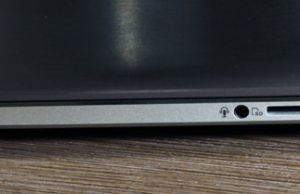 With the content scaled at 200% in Windows, all the interfaces and graphic elements look incredibly sharp and polished, although rather small for my liking. On top of that, when you’ll actually encounter apps that don’t scale well, and there are plenty of third party ones in this hat, you’ll really struggle to read the microscopic fonts. But that’s just a given with high-density screens on Windows running laptops and I can only hope it will get better in the future.

This aside, thescreen is really nice. The colors are vibrant and not overly saturated, the contrast is good and the viewing angles wide-enough. However, the panel doesn’t seem very bright. It’s more than adequate for indoor use, but might not be good enough for bright environments, especially since it’s a touchscreen with a layer of reflective glass on top. We’ll see what the colorimeter has to say about this in the review. 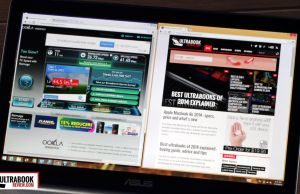 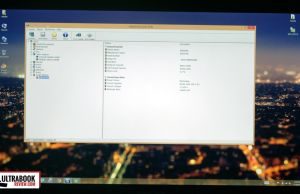 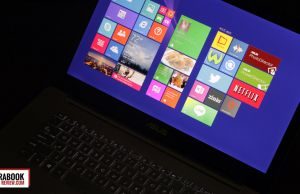 I enjoyed how the NX500 performs in the few hours I’ve spent with it. It boots from cold in under 10 seconds and is not very noisy in daily use, although the fans seem to never switch completely off, not even when the computer is idle. The belly only gets slightly warm when performing everyday tasks, so you can easily use this on your lap. And since there are no grills there, you can also place it on a pillow or wherever you might want, without worrying about obstructing the cooling system.

The everyday experience is solid. I haven’t tested any games yet, but installing various software is really fast and there’s nothing to complain when browsing and streaming online content. The wireless is fast and reliable, faster than the Intel chip on my ThinkPad X220 (I don’t have an AC router, so the fact that there’s an AC capable modem in the NX500 shouldn’t matter more) and I haven’t encountered any signal drops or disconnections so far.

Windows estimates the battery life while performing these casual activities at around 6 hours, with the screen’s brightness manually set to 50% and the laptop on Balanced mode with Wi-Fi ON, which is alright, but I was expecting longer, given how it houses a huge 96 Wh battery. Still, the Windows estimate is not reliable, so we’ll leave the conclusions for the review, where we’ll also get to speak about benchmarks and gaming performance, temperatures and noise levels in various use scenarios and all the other important aspects. 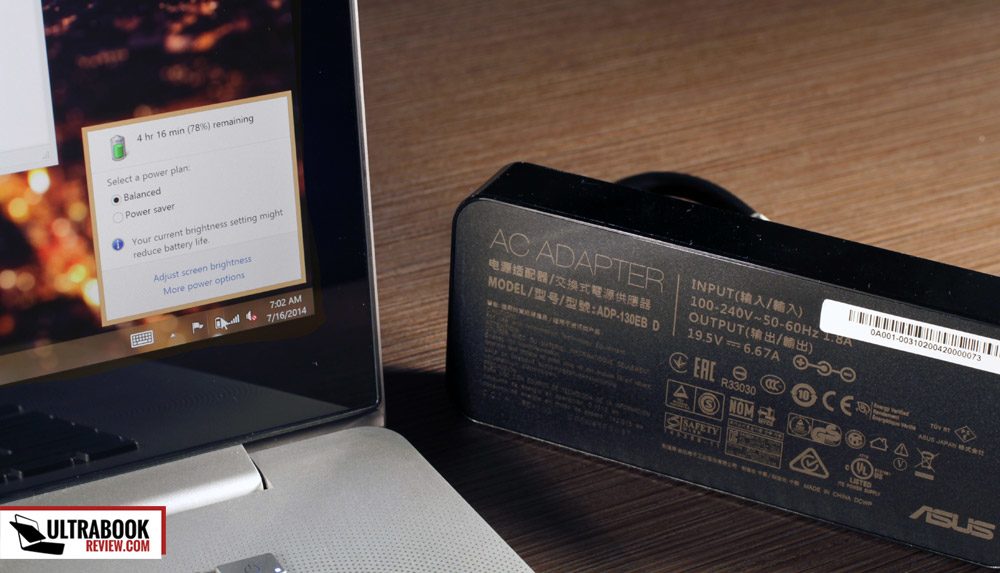 Wrap-up and your questions

This pretty much sums it up for now. The review will be available on the site in about a week, and in the meantime, if you have any questions about the Asus Zenbook NX500, don’t hesitate to use the comments section below.

I don’t know anything about pricing and availability for the time being (although rumors suggest it will go for just under $2000 at the beginning of August), but hopefully I’ll be able to tell you more about these by the time I’ll post the test.

Update: The detailed review of the Zenbook NX500JK is available over here. 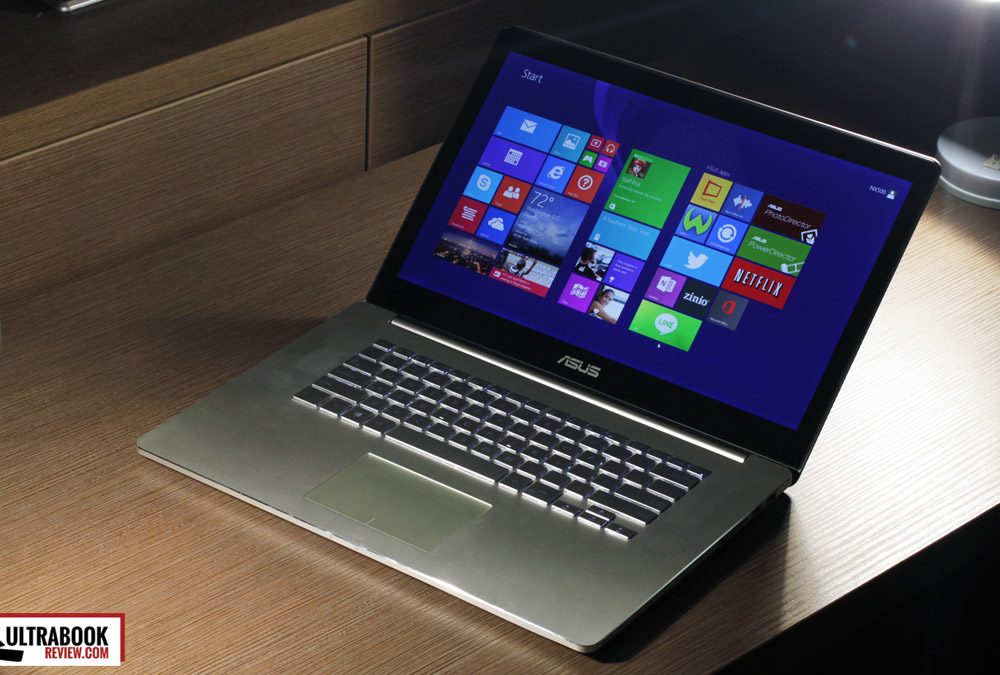 The review is coming in a few days. Till then post your questions below.

Disclaimer: Our content is reader-supported. If you buy through some of the links on our site, we may earn a commission. Learn more.
Andrei Girbea, Editor-in-Chief of Ultrabookreview.com. I've been covering mobile computers since the 2000s and you'll mostly find reviews and thorough guides written by me here on the site.
← Previous Story Asus Zenbook NX500 / GX500 – specs, reviews and early impressions
Next Story → Broadwell Asus 2-in-1s: Transformer Book Chi T300 and V