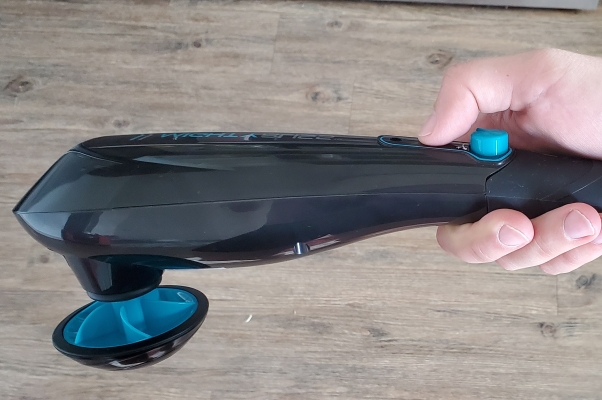 I’m not very big on celebrating birthdays, nor do my wife and I tend to shower each other with gifts. A lot of it has to do with the fact that we try not to buy things needlessly, plus that I’m very particular about what I want. A lot of men are probably similar: if we wanted something, we’d already have bought it!

But, I don’t turn 35 ever year, I suppose, and the fact that I’m back in the US while my wife is overseas meant that I was surprised with a birthday gift this year. And it’s probably the most life-changing gift I’ve ever received (well, other than being born, I guess).

So what was the gift? Well, I’ve been a gym rat for most of my life. I’ve lifted weights regularly for about 18 years, with the majority of that being fairly consistent and serious, and been in and out of Brazilian Jiu-jitsu and MMA gyms for about 15 years. As I’ve gotten older and busier with other interests, I no longer spend most of my waking hours either in a gym or referencing gym memes (“u mirin’ brah? DYEL? They said I could become anything I wanted, so I became a frog. FROGTECH”). I have also been working out less because of almost two decades of accumulated aches and pains and injuries.

I’ve torn my left hip flexor once and my right twice with squats. I tore the cartilage in my right AC joint (shoulder) wrestling without warming up properly. I have pretty constant lower back pain from years of heavy deadlifting and squats, plus the newly sedentary lifestyle I’ve had to adopt courtesy of of SARS-CoV-2. My hip flexors and IT band are always tight and bothering me from constant sitting, as well. I try to do what I can with a lacrosse ball and hanging from my pull-up bar, but it’s just not enough. And of course, I probably have been complaining constantly about the above-mentioned issues for God-knows-how-long while also saying that massages/massagers were both expensive, so I think my wife probably just had enough when she sent me the Mighty Bliss(TM) cordless massager. To be precise (deep breath), the “MIGHTY BLISS™ Deep Tissue Back and Body Massager {Cordless} Electric Handheld Percussion Muscle Hand Massager”.

It’s as good a time as any to shamelessly re-live the days when I wasn’t a corpulent blob. :) 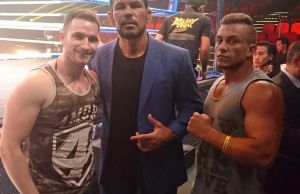 My friend and I along with MMA legend Antônio Rodrigo Nogueira

Patient Cena (look him up on IG or Facebook, he is very active in the Thailand strongman and powerlifting scene) and I in 2015.

So, after using the Mighty Bliss massager for a few days now, I can only imagine how much better my life could have been had I had this wand years ago. It’s a complete game-changer for me, now.

Instead of trying in vain to get my hip flexors with a lacrosse ball, I can effortlessly reach those knots with a nice 61 pulses/second of therapeutic vibration. I’m getting a bit ahead of myself here, though. First, let’s go over the important details of the Mighty Bliss:

In terms of general quality, the wand is solidly constructed from both plastic and rubber on the exterior. It feels quite solid and I never feel like it’s in danger of breaking from dropping it or throwing it around (I wouldn’t do it for fun, but still).

So, does it work? Like I hinted at earlier, this has been a game-changer for helping me with general muscle tightness and knots in hard-to-reach places. I find that the wider and softer tips work magic for my lower back, while the hard plastic nub has been great for knots in my trapezius, shoulder blades, and hip flexors. Together with a lacrosse ball, I’ve able to get myself feeling looser, more flexible, and more comfortable in general than I can remember in the last decade.

If you’re fairly active, have a lot of aches, or have someone in your life who fits either of those descriptors, I highly recommend this as a gift for yourself or others. It’s not too expensive, is solidly constructed, and has multiple attachments for almost any use-case (no jokes, guys ( ͡⚆ ͜ʖ ͡⚆) ).

You won’t regret it.

Disclaimer: Our content is reader-supported. If you buy through some of the links on our site, we may earn a commission. Learn more.
Douglas Black is a Technical Writer, Analyst, Teacher, and DJ currently based in North Carolina.
← Previous Story Halo 3 on PC is a buggy mess
Next Story → Intel Tiger Lake laptops (Core i7-1165G7 & i5-1135G7 – 11th gen) – complete list