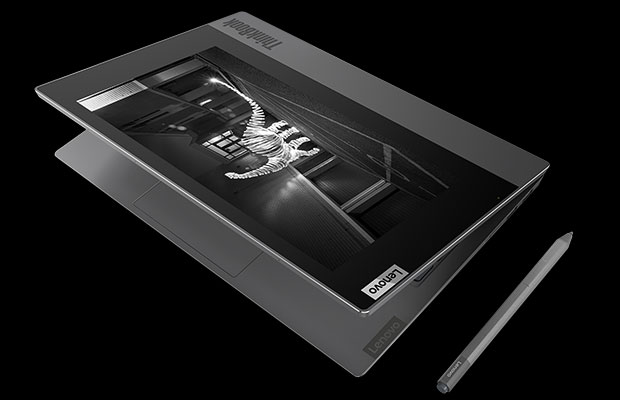 ThinkBooks are a newer series in Lenovo’s notebook lineup, a crossbreed of IdeaPads with some ThinkPad DNA, in a modern design and with an affordable price.

We’ve reviewed the 13-inch ThinkBook a few months ago, and while not without quirks, we still consider it a good mid-range ultraportable.

In the meantime, Lenovo announced a 2020 refresh of the ThinkBook 13s, called the ThinkBook Plus 13. It’s expected in stores in March 2020, starting at $1199, which is definitely not as affordable as the existing generation and could translate in losing some of its competitive advantage in its niche.

While details are scarce for now and we’ll need to fill up some of the blanks in the near future, a hardware update to Intel’s 10th gen platforms and the addition of a secondary e-Ink display on the lid cover, with Pen support, are the major changes responsible for the price-jump.

We’ll talk about that e-Ink display further down. Fur now, let’s turn out attention on the less obvious changes that address some of my nits with the previous ThinkBook 13s. 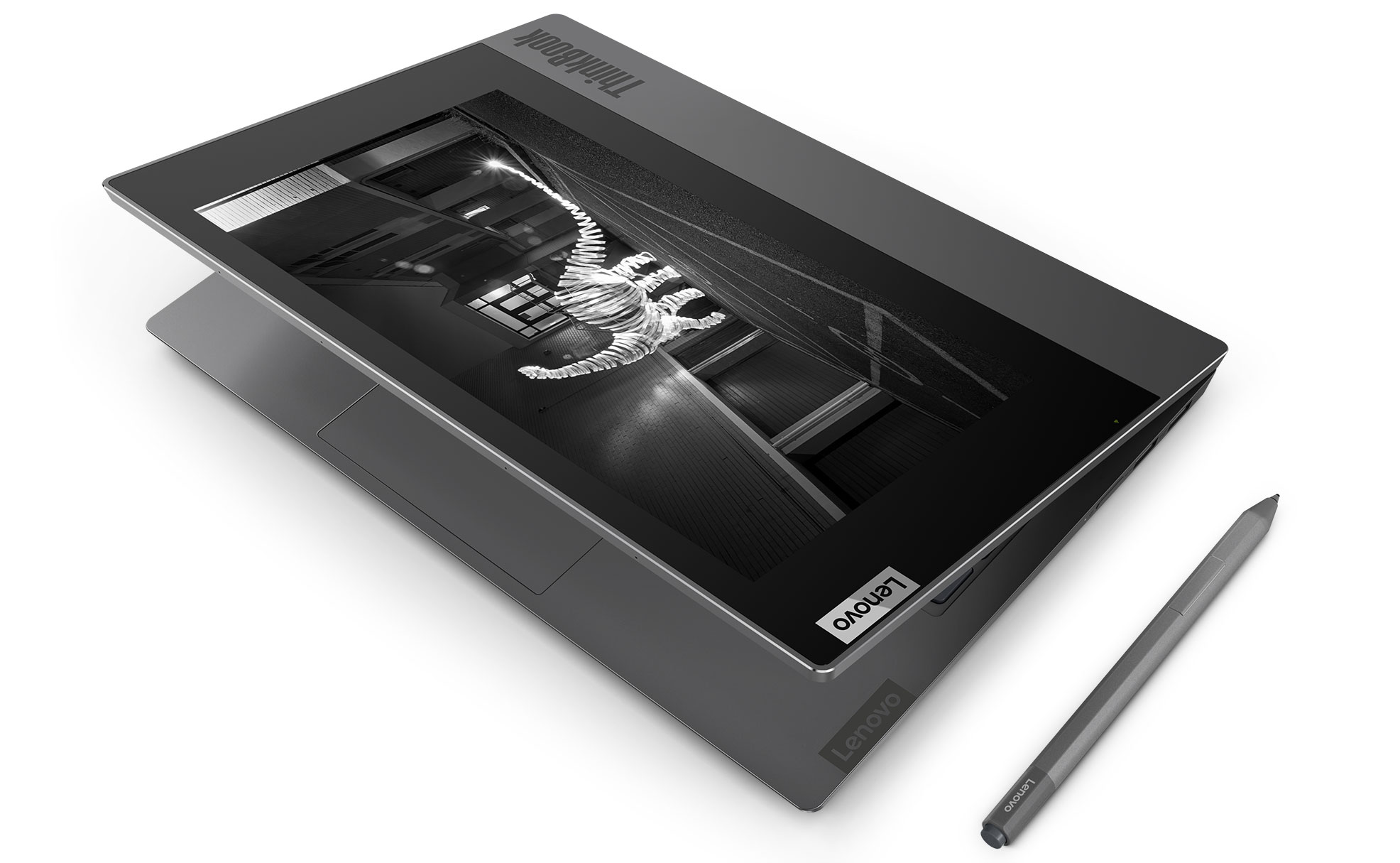 The ThinkBook Plus gets a secondary eInk display on the lid

For instance, that pesky always-lit Power button has been relegated to the sides now, out of the way, without losing the integrated fingerprint reading capability. The rectangular power-plug has also been cut-out from the right-side, which means the laptop charges via USB-C this time around, and could also support Thunderbolt 3, with the jump to 10th gen Intel hardware.

We still need to confirm whether the ThinkBook Plus gets Ice Lake or Comet Lake hardware.

Ice Lake would be a nice variation and a selling point for this line in comparison to the other Lenovo series, given how ThinkPads are still mostly locked at Whiskey Lake, with only the Thinkpad X1 Carbon/X1 Yoga scheduled to jump to Comet Lake in the near future.

We also need to fill up the blanks in regards to the size, weight and other subtle changes Lenovo made on this 2020 ThinkBook Plus. Nonetheless, it’s nice to see they’ve listened to buyers and reviewers and fixed some of the previous generation’s quirks, so hopefully, they also improved on the rather aggressive fan and tinny speakers. We’ll see. 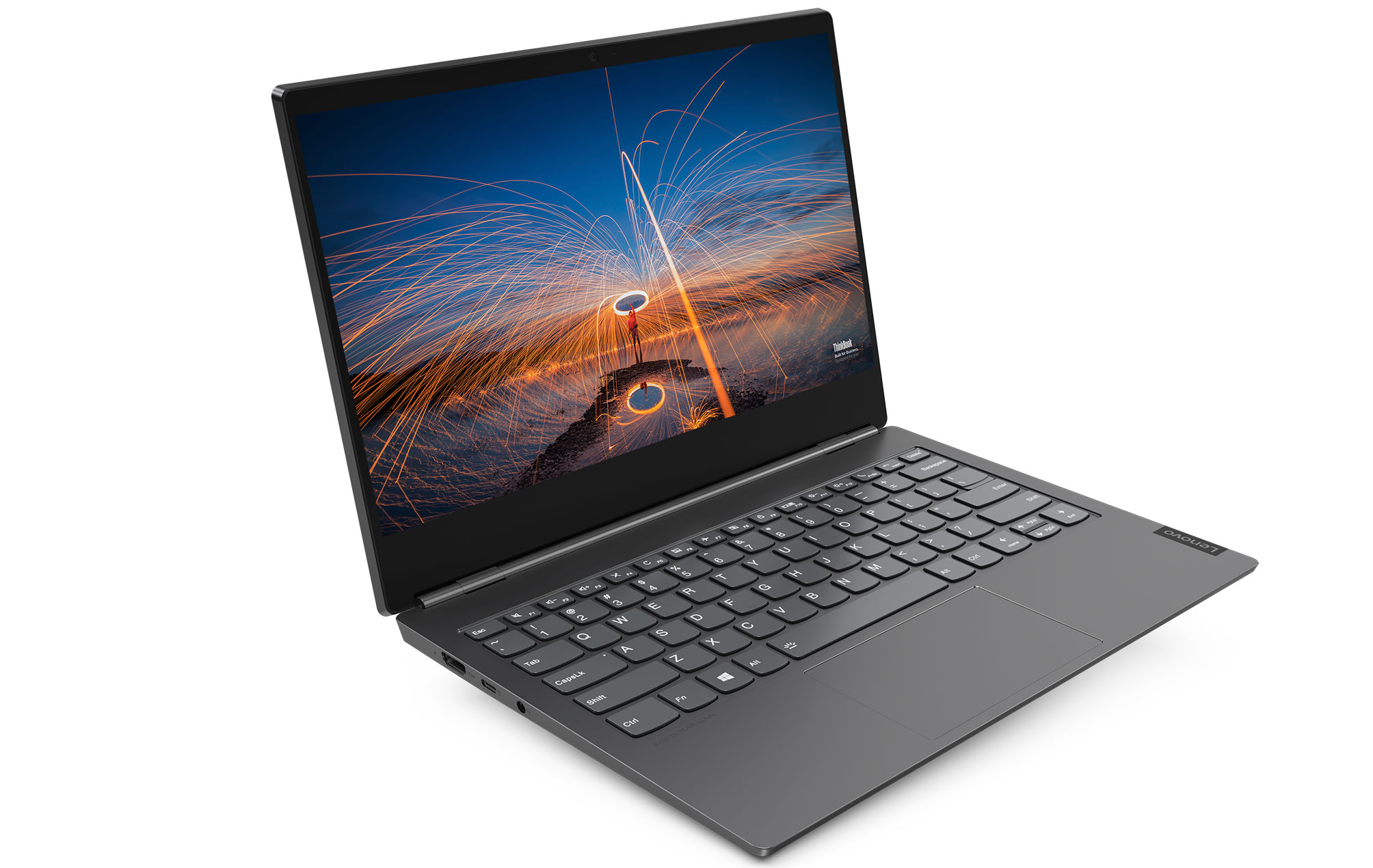 Still a regular notebook on the inside

Nonetheless, that eInk display on the lid-cover is what sets the ThinkBook Plus aside from any other ultrabooks out there.

It’s not replacing the main screen, as in a potential minimalist notebook for writing and reading, but instead, adds-on functionality that the previous ThinkBook lacked: the ability to read, browse and consume static content on an efficient non-distracting screen, as well as the ability to present and collaborate with others, with or without the help of the included Pen. These aside, with the laptop in Modern Standby, the eInk screen can also pull out notifications, updates, and emails without the need to actually open the laptop.

In all fairness, I don’t expect reading on it to be very comfortable, it’s a chunky and heavy notebook even for a 13-incher, and you can see there’s a lot of bezel around the actual eInk display. It could be useful over long flights or commutes, though, and I’m intrigued by the Standby added functionality and note-taking possibilities. I’ve never been a fan of taking notes and inking on a regular 2-in-1 convertible, with the keyboard exposed on the bottom, so this will hopefully feel nicer. No word on the kind of pen and digitizer technology implemented here, but I hope Lenovo borrowed technology from their ThinkPad 2-in-1s and didn’t’ screw the opportunity here. 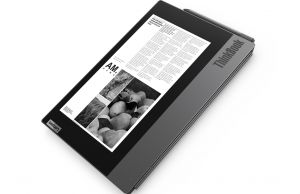 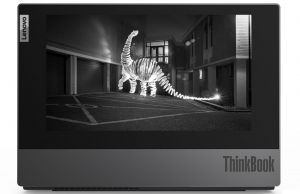 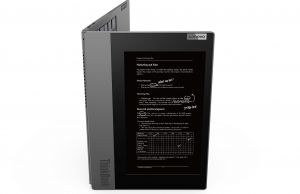 Pricing, availability and some early thoughts

The ThinkBook Plus is expected in stores around the world from March 2020, starting at $1200 at launch.

All in all, it won’t appeal to the same crowd as the previous generation, simply because it’s a much more expensive product with particularities that won’t be worth paying extra for the average user, which I’d reckon would prefer spending that kind of money for a more portable build, better features, and longer battery life.

The updated hardware and minor improvements are welcomed, for sure, but the breaking point is that secondary eInk display, which if done well and if something you can integrate with your use, will single handily put the ThinkBook Plus on your map. Furthermore, based on how the public receives this sort of technology, perhaps we will also get a secondary eInk display on the next-gen ThinkPad lineups.

For now, I’m intrigued once more and looking forward to spending more time with this eInk screen on the ThinkBook Plus and figure out its worth. Curious on what you think about it, in the meantime.

Disclaimer: Our content is reader-supported. If you buy through some of the links on our site, we may earn a commission. Learn more.
Andrei Girbea, Editor-in-Chief. I've been covering mobile computers since the 2000s and you'll mostly find reviews and thorough guides written by me here on the site.
← Previous Story Asus Chromebook Flip C436 2021 update, vs Flip C434, C433 and C302
Next Story → Lenovo Yoga Slim 7 or IdeaPad 14/15 series with AMD Ryzen-U 4000 or Intel 10-gen hardware