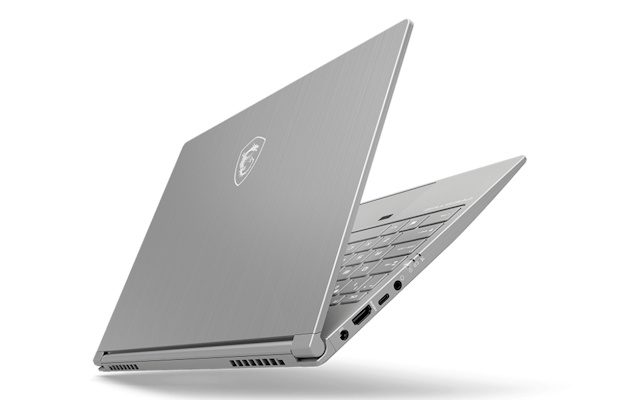 When thinking of laptops produced by MSI, their black and red gaming notebooks are likely to be what comes to mind. However, MSI has been producing white and silver business-and-café-friendly models under their Prestige brand for a little over three years now.

Normally the Prestige models used similar designs to their gaming counterparts with the color scheme, trim, and RGB lighting being the biggest differences. However, at Computex 2018 MSI has introduced the new Prestige PS42, a 14-inch ultrabook that is unique from its black and red brethren (although there is a similarity to the super-slim gaming powerhouse MSI GS65 Stealth).

Powering the PS42 is an Intel i5-8250U or i7-8550U, both four-core eight-thread Core U-series processors, paired with Nvidia MX150 graphics card, the entry level Pascal GPU that gives a good boost in GPU accelerated tasks and can handle light gaming or more intensive games at lower quality settings. Importantly, MSI also indicates that this is the 25-watt version of the MX150 rather than the lower powered 10-watt version, since this will have a more than 30% impact on clock speeds.

In other words, the MSI Prestige PS42 is one of the few ultraportables with the full-power version of the Nvidia MX150 GPU and a close competitor for the popular Asus Zenbook UX430UN.

While it is common to see dual-fan cooling on ultrabooks with dGPUs, they tend to share the same heatsink and either one or two heat pipes. MSI’s gaming heritage shows through in the cooling system here though. The PS42 still has two cooling fans, but these are split between three distinct heat pipes: a two-heatpipe ensemble for the GPU, and a separated heatpipes with its own radiator for the processor. This stops thermal creep from one component hindering the cooling of the other, but it can also lead to other problems if a single fan isn’t enough to handle the load.

There is a single SODIMM slot that can support up to 16 GB DDR4-2400. 16 GB is a decent offering on an ultrabook since many come with just 8 GB of soldered on memory, but the single slot does mean we lose the benefits of dual-channel operation. There is 1 x M.2 slot that supports SATA or NVMe drives.

Wireless 802.11ac + Bluetooth 4.1 comes courtesy of an older Intel 3168. The ports are 2 x USB3.1, 2 x USB-C, HDMI, SD card reader, 3.5 mm audio, and DC jack. MSI claims the 50 Wh battery will give up to 10 hours of battery life, but we think this is a little ambitious under normal usage given the 14-inch display and dedicated graphics that will kick in from time to time. The charger can provide 65 watts, standard for a U-series CPU with dGPU. 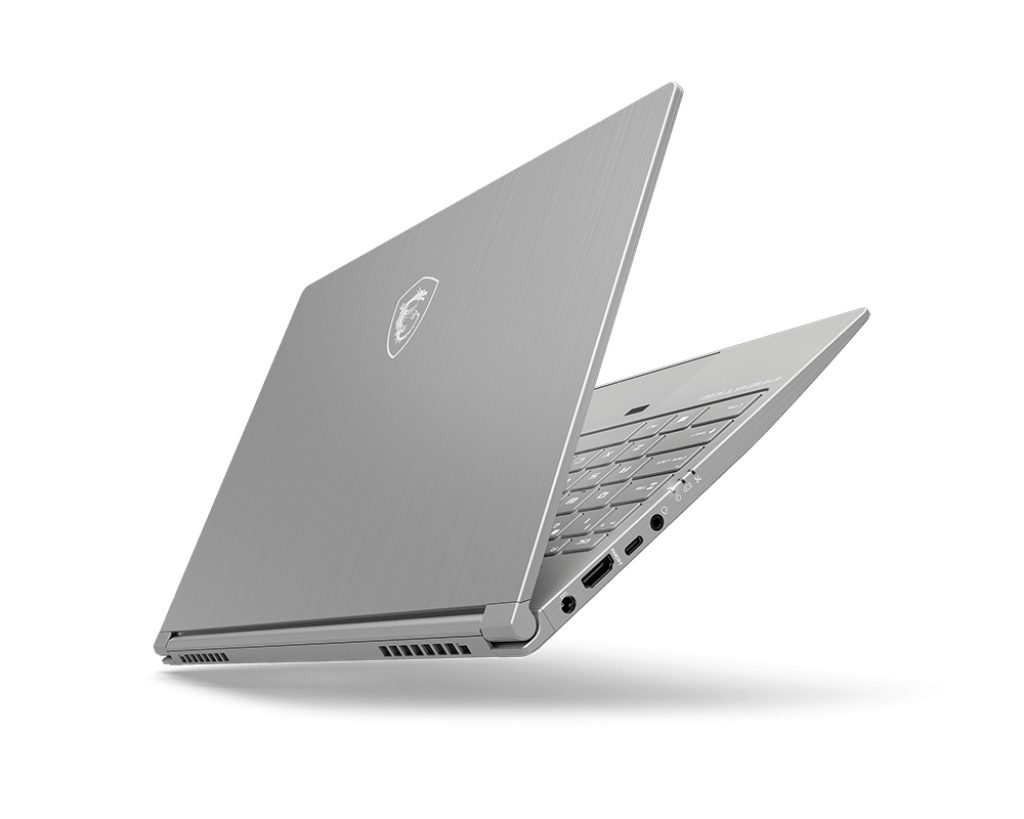 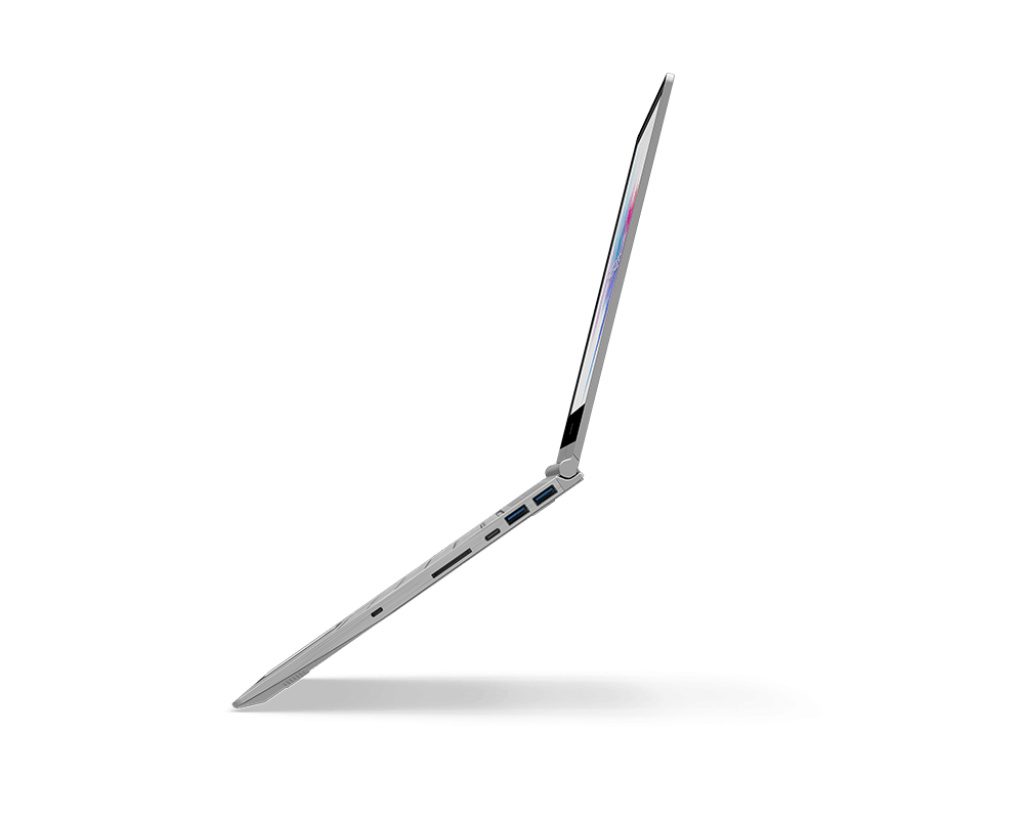 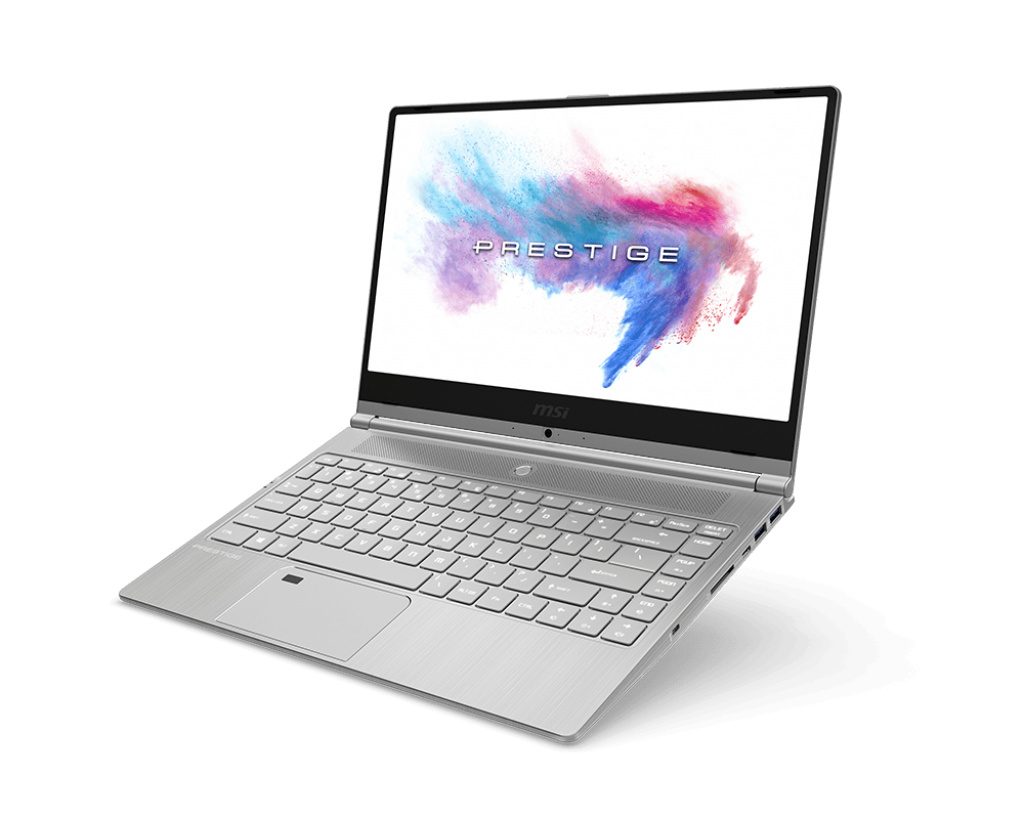 Disclaimer: Our content is reader-supported. If you buy through some of the links on our site, we may earn a commission. Learn more.
I started tinkering around with notebooks years ago. This included testing various Linux distributions for compatibility and opening them up to upgrade components, repaste heatsinks, or fix solder connections. While I appreciate the sleek designs and ultraportable advantages of sealed chassis with custom components, I lament the decline in user upgradeability and reparability over time.
← Previous Story Lenovo ThinkPad T480S review (Core i7-8650U, Intel UHD 620, WQHD screen)
Next Story → MSI GS65 Stealth Thin review (Core i7-8750H, GTX 1070 Max-Q)