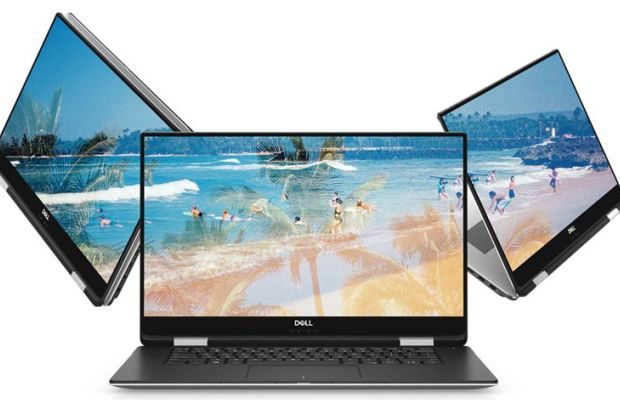 Naturally, one of the main factors influencing this decision is whether or not you would benefit from the ability to draw on a touchscreen with an active-stylus (and of course, whether or not you like dongles). But the other big one is performance: Is the 2-in-1 with its new Core i7-8705G CPU with integrated Radeon Vega graphics an upgrade, side-grade, or downgrade from the 9560’s venerable i7-7700HQ and GeForce GTX 1050? The answer at the moment seems to be possibly all three.

Let’s start with the easiest question to answer: CPU performance. According to my colleague over at Notebookcheck.net, Allen Ngo, his i5-8305G-equipped XPS 15 9575 with 8GB of ram and matched the XPS 15 9560 with i7 CPU and 16GB of RAM in Cinebench Single, both scoring 157 points. This is not exactly a surprise when you look at the specs of the two chips, however: they are both quad-core hyper-threaded chips based on Kaby Lake; they have exact same turbo frequencies for both single and all cores, and they both have 6MB of cache.

The Cinebench multi-core benchmark is a bit of an oddity. Most i7-7700HQ chips score around 750 points. Here, we find i5-8305G scoring 681 points, falling 7% behind the i7-7700HQ. This is strange given the parity in specs. It gets even stranger, however: Other reviews show the i7-8705G performing even slower than the i5 version despite the i7-8705G having a 300MHz and 2MB cache advantage over both the i7-7700HQ and the i5-8305G. The only conclusion I can draw from this at the moment is that the i7-8705G in the XPS 2-in-1 is performing more slowly due to hitting self-imposed thermal limits and throttling. This also means that undervolting, repasting, or fan/firmware tuning by Dell may remedy this situation down the line.

So, for the CPU, it looks like the XPS 15 2-in-1 beats out the 9560 in single-core performance, but loses out in multi-core performance potentially due to thermals in this particular implementation.

The GPU is where things get tricky, however.

As Lisa Gade notes in her XPS 15 9575 review (below), some games run fantastically while others inexplicably slow to a crawl regardless of detail settings.

It certainly seems to be an issue regarding the unique graphics solution in these Intel-AMD partnered chips, but the question of whether future driver updates will remedy the real-world situation to reflect the synthetic benchmark scores is an open-ended one.

I am interested in getting my hands on the XPS 15 2-in-1 and its more available competitor, the HP Spectre x360 15. Hopefully, Nvidia’s “GeForce Partner Program” doesn’t succeed in killing off the Kaby Lake-G platform, and then Dell, Microsoft, and AMD will have the time to work the remaining kinks out of these intriguing chips.

Disclaimer: Our content is reader-supported. If you buy through some of the links on our site, we may earn a commission. Learn more.
Douglas Black is a Technical Writer, Analyst, Teacher, and DJ currently based in North Carolina.
← Previous Story Why I’m not buying the new XPS 15 9570
Next Story → Asus TUF FX504 review (FX504 GE – i7, GTX 1050Ti) – affordable and tough gaming laptop