Asus U32VD reviewed and appreciated – would you get this over an ultrabook? 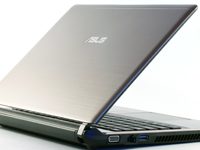 Over at TLBHD.com I’ve posted the review for the Asus U32V (Asus U32VD in the US), after playing with it for a while.

I called it a potential ultrabook alternative and that’s because the U32V is a 13.3 inch portable laptop, just as most ultrabooks out there, but offers better performances and increased battery life, while being considerably cheaper than the average ultrabook.

So, if you’re interested in an in depth review of this laptop, you’ll find it on TLBHD.com, posted by yours truly.

If you’re looking for just a couple of words on this laptop, you should read further.

First of all, you’ll notice that the Asus U32V doesn’t exactly look like an ultrabook, cause this laptop weighs about 4 pounds and measures 1.2-1.3 inches in thickness. But that doesn’t make it a difficult to carry around machine, as it’s still pretty portable.

In terms of aesthetics and build quality however, I’d say that the U32V is pretty much on par with the average ultrabook, like the HP Folio 13 for instance, sporting the aluminum covered hood and interior, with plastic for the rest of the body. Even so, I’m sure many of you would rather go for an ultrabook if you’d have at least $800 to spend.

The keyboard on this laptop is quite good, although not as comfortable as others and lacking illumination. The trackpad on the other hand, well, that’s probably its biggest flaw. 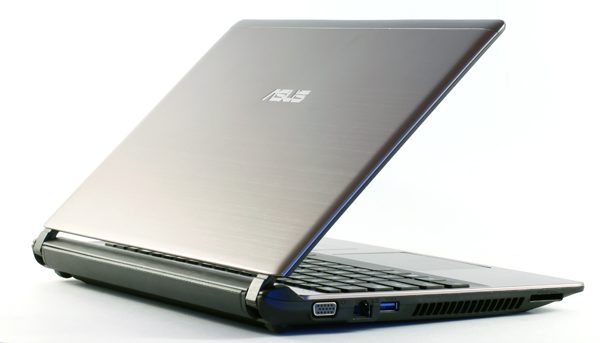 Asus U32V – a 13.3 inch portable laptops with plenty of aces down the sleeve

As for the screen, it’s not bad and comes with a matte finish, but the viewing angles and the colors could have been better.

Asus used the extra bulky body of the U32V to squeeze in a powerful mobile platform. There’s a full-load Intel Ivy Bridge Core i5 processors inside, not the ULVs you get on ultrabooks, 8 GB of RAM and hybrid graphics, with the Nvidia 630M chip next to that integrated Intel HD 4000. Now, the graphics aren’t impressive, but they are enough to push the laptop through most of the available games out there, even some of the recent ones, as long as you’re fine with trimming the details in some cases.

As for the storage, Asus bundles the U32V with a regular 7200 rpm HDD, which is alright and offers plenty of storage space. But it’s not going to be as fast as an SSD, thus the overall experience when using the U32V for daily tasks does not actually feel as snappy as it does on an ultrabook. Luckily, you can very easily replace that HDD with an SSD if you want to, and it’s going to be cheaper to buy it yourself (it’s a standard 2.5″ drive) than it would be if Asus bundled it on the laptop by default. 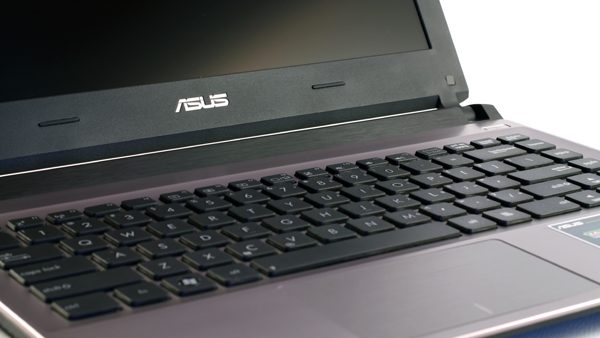 Asus also bundled a massive 8 Cell battery on this laptop, which is about twice the size of what you get on 13.3 inch ultrabooks these days. Thus, despite the more powerful hardware, this laptop can run for about 8 hours on daily average use, which is just very good, beating all the available ultrabooks on the market today.

And then there’s the price. The tested config is scheduled to pop in stores by late July/early August, for $600, with the Core i5-3210M processor, 4 GB of RAM, Nvidia 630M graphics and a 500 GB HDD. Sounds pretty good, don’t you think? Also, I reckon there will be some other versions as well that might sell for as low as $500. Time will tell.

All in all, I’m quite confident this is a laptop you must consider. On the Asus U32V, you’ll trade the sleek and light body for a bunch of things in return, including performances, battery life and a good price tag. But are these enough to steer you away from an ultrabook? If you’re after the thin-format, probably not, if you want just a good budget-conscious portable laptop, they could just be.

Disclaimer: Our content is reader-supported. If you buy through some of the links on our site, we may earn a commission. Learn more.
Andrei Girbea, Editor-in-Chief. I've been covering mobile computers since the 2000s and you'll mostly find reviews and thorough guides written by me here on the site.
← Previous Story Asus Transformer Books announced – powerful ultrabooks with detachable displays
Next Story → Asus Zenbook Prime UX31A review – the best ultrabook out there right now