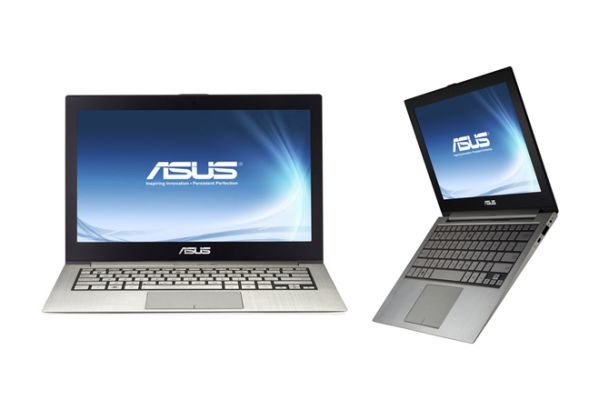 Now that the first ultrabook wave, featuring such products as the Asus Zenbook UX31, the Lenovo U300S or the Toshiba Portege Z835, is pretty much history, it’s time to concentrate on the second wave, started with the unveilings of Acer’s S5, M3 and M5, as well as with some other notable additions to the market from Lenovo, Samsung and Gigabyte.

However, the guys at Asus have been unusually quiet about their ultrabooks’ second generation, which made us think for a moment or two that they want out of this game. We couldn’t have been farther from the truth, though, as the UX31A and UX21A are supposedly coming soon with a bang.

Update: Here’s my review for the Asus Zenbook UX31A .

While you may be fooled by the future ultrabooks’ names as to believe that they are simply rehashed versions of the original UX31 and UX21, in reality both devices come with some big time upgrades.

While they should probably look about the same as the old UX21 and 31, the UX31A and 21A will come with much better hardware.

First off, the UX31A and UX21A will feature Intel’s new low-voltage Ivy Bridge processors. As with the first generation of ultrabooks, Asus will offer the choice of Core i3, i5 and i7 chips, all three being dual-core and clocked at 1.8 GHz (no Turbo Boost), 2.6 GHz max Turbo Boost and 3 GHz max Turbo boost respectively.

The displays should also be much better than the ones sported by the original UX21 and 31. The new high-end ultrabooks’ IPS screens will feature 1920 x 1080 pixels resolutions and will also come with anti-glare capabilities. However, if the high-end models will prove too expensive for you, you could always choose the 1600 x 900 pix res or the 1366 x 768 pix res versions.

The rest of the tech specs unveiled exclusively by The Verge earlier today are themselves impressive and include a choice of 2 or 4 GB of RAM, integrated Intel HD 4000 graphics cards, as well as 256 GB SSDs.

As far as connectivity goes, the future Zenbooks will come with WiDi media streaming technology, as well as WiFi 802.11n and Bluetooth 4.0. The number of ports should be generous enough for the regular technology geek and include two USB 3.0 connectors, micro HDMI and an SDXC card reader.

The keyboards will most likely be backlit, which is like the tenth thing I am excited for at these ultrabooks, while the battery life expected is of around six or seven hours for the 13-inch UX31A and no more than five hours for the 11-inch UX21A.

Finally, in terms of pricing and availability, if The Verge’s still unconfirmed speculations prove true, the laptops should start selling sometime in early summer for as less as 1,050 dollars (the UX21A) and $1,100 (the UX31A). Of course, the higher-end models will cost significantly more, but we don’t know exactly how much.

All in all, I for one must say that I have been caught off guard by these impressive spec sheets, despite the fact that I was waiting for something special from Asus. What do you guys think, could anyone come up with better products than the UX31A and 21A or are we heading towards a 2012 dominated by Asus when talking about ultrabooks?

Disclaimer: Our content is reader-supported. If you buy through some of the links on our site, we may earn a commission. Learn more.
Adrian has a passion for technology and portable computers and he's been writing about mobile devices for many years now. He is in charge with the news here on the site, but sporadically he also contributes with tests and reviews.
← Previous Story The EliteBook 2170p is HP’s newest and smallest business laptop, to start at just $999
Next Story → Asus UX32Vd with Nvidia GPU and UX32A ultrabooks to be released soon for $800 and up