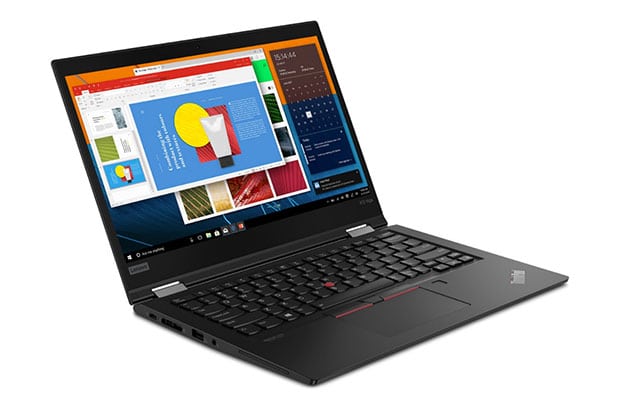 Much like all the other ThinkPad updates scheduled for the first part of this year, though, they’re merely hardware bumps of the previous generations, and otherwise identical in design, build and features.

That means existing reviews of the X390 and X390 Yoga can shed light into what to expect from the X13/X13 Yoga updates, and those are mostly positive, with a few exceptions: somewhat smaller keyboards than on other ThinkPad laptops, some performance issues on battery and reduced upgradability over the previous ThinkPad X lineups.

I’d also look into performance, thermals and potential throttling if you’re planning to go with the top-specced configurations, namely the six-core Comet Lake models, which require a 25W power allocation to run at their best, and that might be an issue in these compact form-factors. AMD Ryzen versions of the ThinkPad X13 are also scheduled for later this year, and we’ll update when we know more.

Update: A review of the Lenovo ThinkPad X13s is available here, a fanless laptop design with Windows on ARM.

Finally, it’s also important to mention that while the ThinkPad X13 is still only available with FHD displays, in a couple of different versions, the convertible X13 Yoga also gets an optional UHD OLED panel option.

We’ll update once we know more, and in the meantime, here’s a quick specs sheet of the two X13 versions side by side.