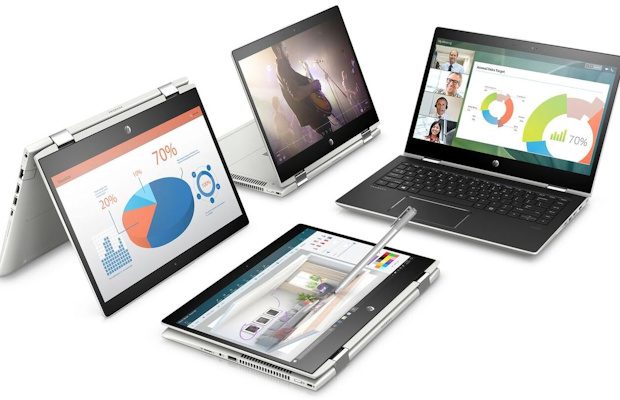 Today at Computex 2018, HP announced the ProBook x360 440 G1, a 14-inch touchscreen convertible with an awkward name. The ProBook series is a cheaper alternative to the EliteBook and is targeted towards general business users.

The design language here fits this ethos, with a safe black and silver color scheme and slightly curved lines that taper towards the front. The appearance isn’t bad, but it does look a little dated now compared to the more modern angular aesthetics of the EliteBook.

HP has made the confusing decision to offer an extremely wide spectrum (perhaps too wide) of CPU choices, starting at the budget Intel Celeron 3865U and running all the way up to the i7-8550U. The Celeron or Pentium Gold 4415U both seem like underpowered options in a business laptop, especially with the Celeron lacking Hyperthreading and only going up to 1.8 GHz. There is also a 7th gen dual-core i5-7200U that further confuses things, since the newer 8th gen Kaby Lake-R i3-8130U provides roughly the same performance, and the i5-8250U is a better choice in the mid-range.

There are two 14-inch 1920 x 1080 FHD display options. Both are touchscreens, but one only has a 67% sRGB rating while the other meets 100% of the sRGB standard. The second screen indicates that HP thinks people might use this convertible for creative tasks rather than standard office work, and the Nvidia MX130 is available here to help with GPU accelerated processes. The MX150 would have been a more welcome addition since the MX130 is just a rebadged 940MX, but this will be one of the points of differentiation with the EliteBook. The HP active pen also works with the ProBook x360 440 G1.

The design of the HP ProBook x360 440 G1 is a safe design, although it is starting to feel a little dated.

There are two memory slots supporting up to 16 GB DDR4-2133 (total), and an M.2 slot that HP will fill with a 128 GB/256 GB SATA drive or 256 GB/512 GB NVMe drive from the factory. The Intel 8265 is used, which is a 2×2 802.11ac + Bluetooth 4.2 card. Around the sides are two USB3, a USB-C that also handles charging, HDMI1.4b, RJ45 LAN, and 3.5mm audio jack. Most creative cameras (photo or video) are more likely to use faster SD cards with a lower price per GB, so we suspect the idea behind the MicroSD card slot on a business device is for expandable storage rather than data transfer. The trend of removing SD card slots also means that those who still need them have probably already picked up one of these like some of our staff have.

At only 48 Wh, the battery is on the small side for a 14-inch laptop. It will be enough for taking to meetings and using in visits to off-site premises, but this won’t be a road warrior’s first choice. The 45-watt power adapter is suitable for most of the hardware combinations. But once the efficiency is taken into account, users may find that configurations with one of the quadcore processors and dedicated graphics might charge sluggishly when a load is placed on the system. 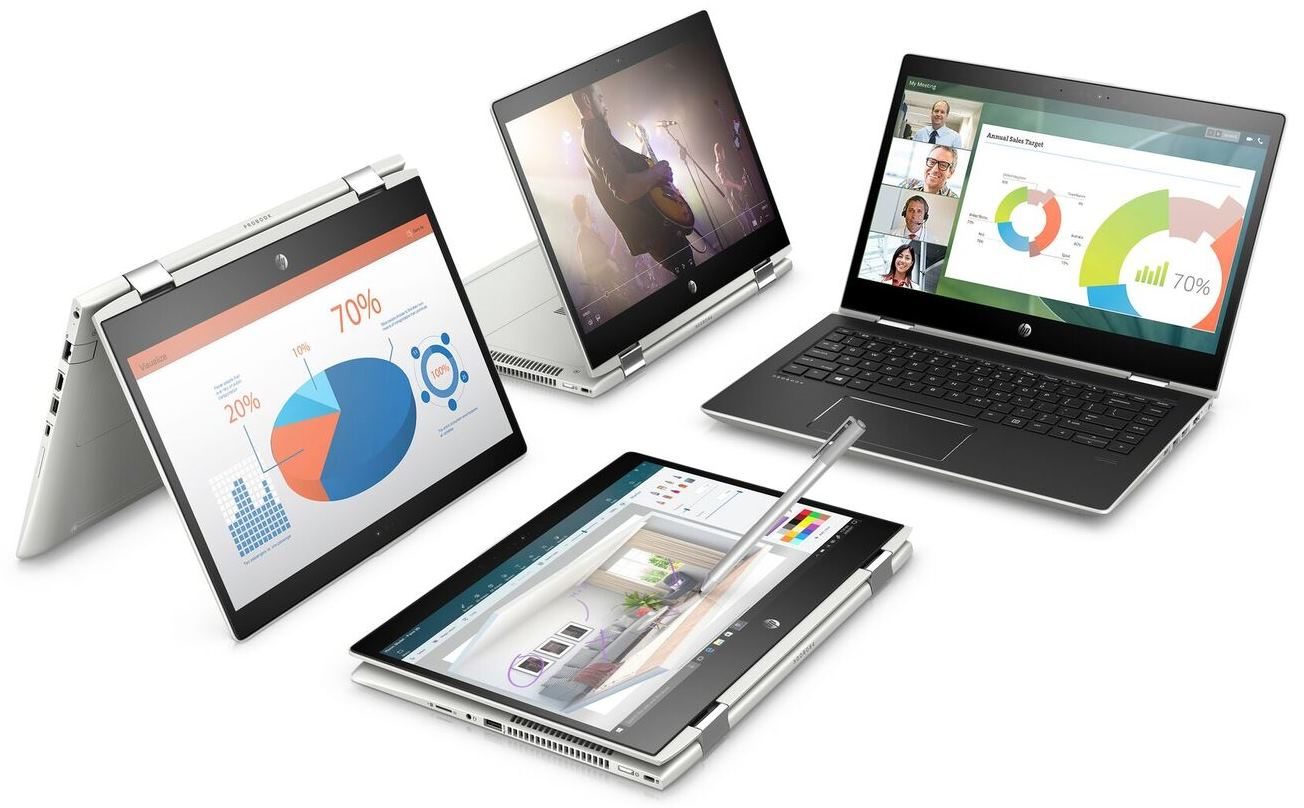 The HP ProBook x360 440 G1 is a convertible device with pen support.

Disclaimer: Our content is reader-supported. If you buy through some of the links on our site, we may earn a commission. Learn more.
I started tinkering around with notebooks years ago. This included testing various Linux distributions for compatibility and opening them up to upgrade components, repaste heatsinks, or fix solder connections. While I appreciate the sleek designs and ultraportable advantages of sealed chassis with custom components, I lament the decline in user upgradeability and reparability over time.
← Previous Story Qualcomm doubles-down on always-connected PCs with the Snapdragon 850
Next Story → The Gigabyte Sabre 15 and Sabre 17 refresh focus on extras rather than raw performance