While the first generation Acer ultrabooks (the Aspire S3) was not so well received by reviewers and customers all around the globe, Acer seem to have learned their lesson and worked hard on their new devices.

The Acer Aspire S7 is their latest creation, unveiled today at Computex 2012. Details are scarce for now on the new line though and while we don’t have an official availability date, the Aspire S7s won’t hit the stores sooner than this Fall.

We do know that there will be two different Acer Aspire S7 lines, sporting an 11.6 or a 13.3 inch screen. The smaller 11.6 inch ultrabook is in fact Acer’s first in this size-range and will feature a fully aluminum body (only about 12.5 mm thick), full-size illuminated chiclet keyboard (that I believe it’s a first for Acer as well), decent sized trackpad and should last for about 9 hours on daily use.

UPDATE: More details about the Acer Aspire S7-392, the Haswell redesign of the original S7-391, are available in this post. have a look.

The bigger 13.3 inch version will offer up to 12 hours of life, so there’s an oversized battery in there. The aluminum body is present in this case as well, but the lid’s cover is covered in glass. This definitely looks fancy, but it will catch fingerpritns and smudges like crazy, as I’ve seen on the HP Envy Spectre 14, another ultrabook that went for the same glass-covered approach. 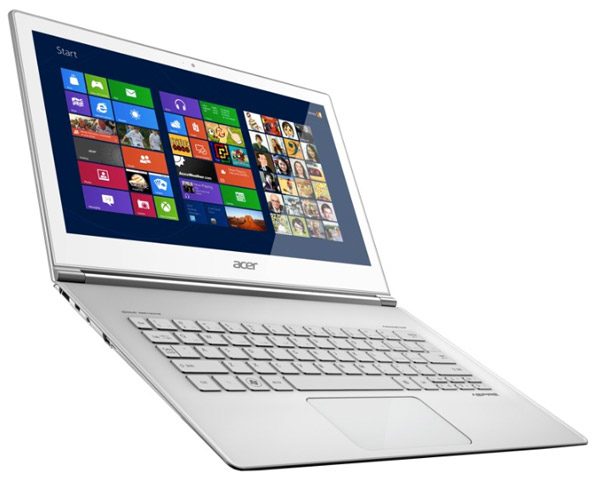 However, the Aspire S7s have one more ace down their sleeves: these are tablet PCs, with convertible touch-displays, with Full HD resolution (not sure if we’re talking IPS panels though). In both cases the screens can be swiveled and folded back 180 degrees, transforming the laptops into some nice looking tablets. Intel warned us of touch-able ultrabooks coming down the road, and the Acer Aspire S7 is for sure only one of the first we’ll see this year.

As an older tablet PC user, I’m quite happy that there will be touchscreen ultrabooks around like this one; touch input was useful on Windows 7 and will be a lot more with Windows 8 and the new Metro interface. 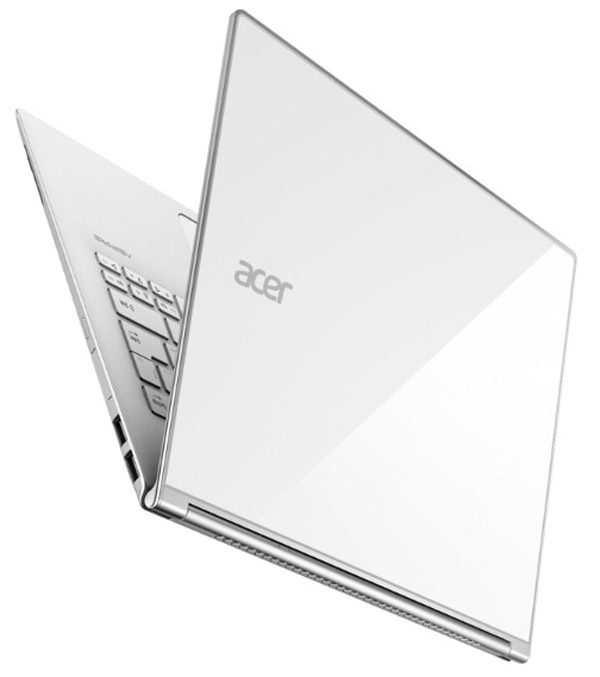 As of now, the Aspire S7s displayed at Computex are just early prototypes and with that in mind, we’ll probably see them in stores around October or November this year. Prices are expected to start at about $999, but a lot might change till Fall, so take these details with a grain of salt.

All in all, with the S7s Acer did step up their game. These new laptops look sleek and pack all the needed features you’d want in a 2nd generation ultrabook. We’ll just have to wait for the daily experience feedback. 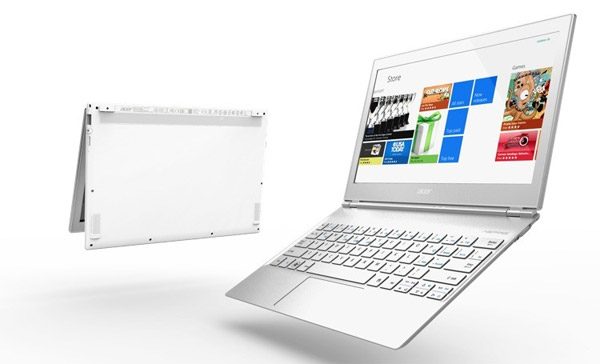 Acer Aspire S7 – some of the first ultrabook tablets, with convertible touchscreens

Disclaimer: Our content is reader-supported. If you buy through some of the links on our site, we may earn a commission. Learn more.
Andrei Girbea, Editor-in-Chief of Ultrabookreview.com. I've been covering mobile computers since the 2000s and you'll mostly find reviews and thorough guides written by me here on the site.
← Previous Story Asus Transformer Books announced – powerful ultrabooks with detachable displays
Next Story → Acer Aspire S5 review – a sleek ultrabook, but not much else