Sony Vaio ultrabook prototype seen at CES, wrapped in mystery for the time being (video) 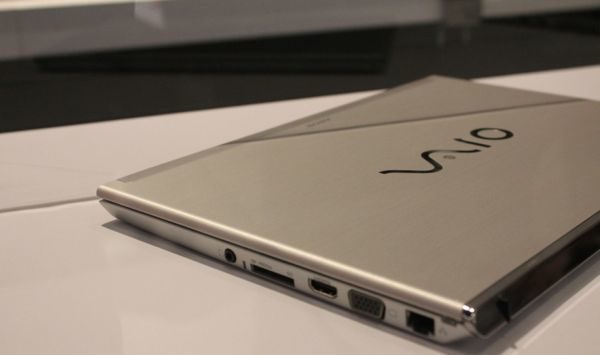 Ultrabooks are the devices to watch during 2012 and this can be easily noticed at the CES in Las Vegas these days.

Lenovo has unveiled three new ultrabooks, Acer has come up with another trio, Intel has blown our minds with a crazy concept, Samsung has announced two new ultrabook lines and HP has rounded up the suite with a slim laptop of their own.

That’s until a few hours ago, when the good and vigilant guys from The Verge have spotted what looked like a Sony Vaio ultrabook prototype.

Our own Mike is in Vegas right now and is sniffing around Sony’s exhibition booth for details, features and specs, but for now we have to make due with a few photos and loads of speculation.

Let’s start with what we know about the Sony Vaio ultrabook. We know that it is kept behind glass at the CES, meaning that there’s probably no working model so far. Also, if that’s the case, it’s easy to assume that we’ll have to wait for quite some time to see the notebook go up for sale.

We also know that it looks slim and stylish, but a bit thicker than some of the ultrabooks already released on the market. That means there’s a good chance that the ports seen in the photos below, the HDMI, three USB connectors and SD card slot, will be full-sized versions, which I would personally like very much.

While in terms of design this so-called Sony Vaio ultrabook kind of resembles the Vaio Z, a premium 13-inch line of laptops released a while back, the touchpad looks slightly changed (for the better, we hope). 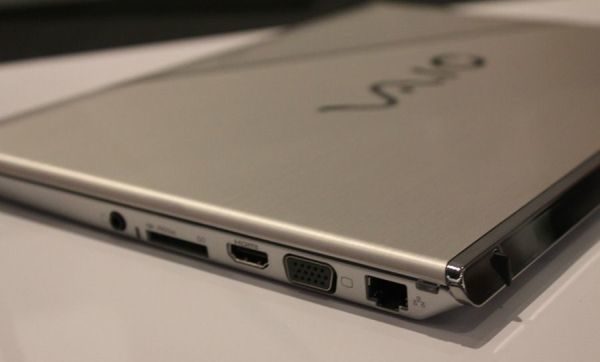 Full-size ports or micro versions? That is the question!

That’s pretty much all we know right now about Sony’s ultrabook, but stay tuned on our website in the upcoming hours for more details straight from ‘’the scene of the crime’’, Las Vegas, Nevada, where Mike hopes to catch the laptop on film by tonight. In Mike we trust, so keep in touch!

Update: Mike has finally brought us an exclusive video preview, but we still don’t know many things about this prototype. It seems to be a 15-incher after all, which will be made available in two different models, a plasticky white one and a darker metallic version.

On the other hand, the Vaios in Vegas look quite thick and heavy, so they might not be released as ultrabooks after all…

Disclaimer: Our content is reader-supported. If you buy through some of the links on our site, we may earn a commission. Learn more.
Adrian has a passion for technology and portable computers and he's been writing about mobile devices for many years now. He is in charge with the news here on the site, but sporadically he also contributes with tests and reviews.
← Previous Story Sony Vaio T13 review – a stylish and affordable ultrabook
Next Story → Sony’s T11 and T13 ultrabooks revealed, but a little late to the game