Samsung Series 9 notebooks redesigned and upgraded, coming in February for $1,399.99 and up! 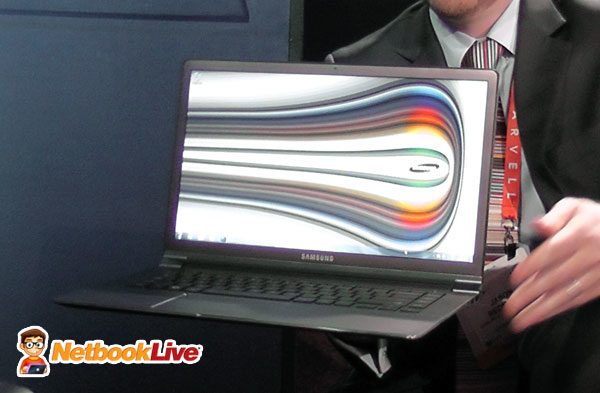 What started off as a pretty boring and uneventful press conference in Las Vegas turned into a real feast, at least for ultrabook fans. Samsung has unveiled no less than four different ultrabooks at CES 2012 and, after talking about the whole new Series 5 line of notebooks, it’s time to take a look at the redesigned and upgraded Series 9 laptops.

While they are still not calling these notebooks ultrabooks, the new Series 9 couple come with all the specs and features to fit the bill. Both the 13.3 and the 15-inch laptops are incredibly thin and weigh in at just 2.5 and 3.5 pounds.

The display is set to be one of the new Series 9’s strongest points.

Same old, same old, some might say, but, while the tech specs haven’t been significantly improved, the design and the exterior look are absolutely striking. The duraluminum body, which was pretty nice before, has been replaced with a dark aluminum case and a very thin bezel, making these new ultrabooks look sophisticated, original and stylish.

No more resembling the MacBook Air, no more copying anybody, the Samsung Series 9 has a personality of its own and it’s bitching! The screens are also improved, with both the ultrabook’s versions featuring 1600 x 900 pixels resolution, 400 nit, matte displays. Not too shabby, in my opinion, and, come to think to it, those should be the nicest screens on the ultrabook market. 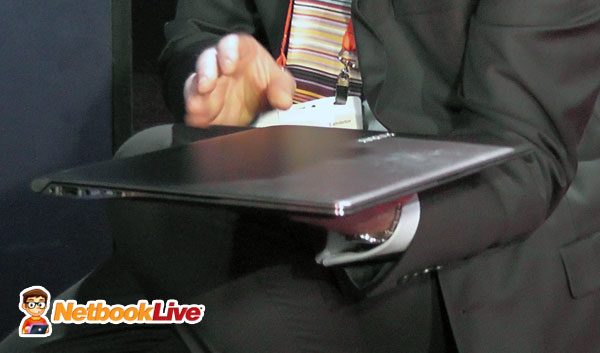 The improved Series 9 has just been unveiled, but it will hit the market in less than two months.

Both the new Samsung Series 9 laptops should feature large non-removable six-cell bateries, capable of around six hours of real use, and both will come with an SD card slot, two USB ports, as well as HDMI and a DisplayPort.

As far as pricing is concerned, the 13-incher will go for 1,399 dollars starting February 27th, while its larger sibling will be made available for a hundred extra bucks at the same date. Those are some hefty price tags, if you ask me, even considering these laptops’ great looks and tech specs, and it remains to be seen whether Samsung will be able to sell more than a few hundred of these items…

Update: Here’s a short video from Las Vegas showing a glimpse of the 15-inch Samsung Series 9: