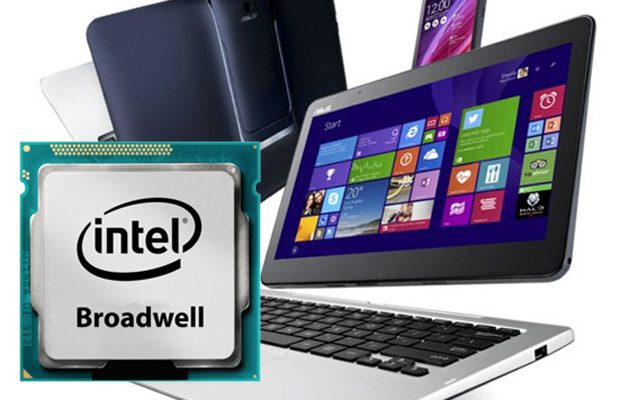 Intel are going to release their updated architecture later this year, code named Broadwell, which will replace the current Haswell platform as the go-to for modern ultraportables.

Update: Here’s my detailed review of the Chi T300.

Before we get to them though, let’s talk about Broadwell for a little bit. Like I said, it will be unveiled later this year, while actual products built on this line will be available in stores by Q3-Q4 2014. Broadwell is expected to change quite a lot of things for ultrabooks. It will be Intel’s first 14 nm platform, which leads to smaller chips, and at the same time, much more efficient electronics. Latest rumors point towards 30% efficiency boost over Haswell and 30 to 40% improved graphics performance. Low energy consumption also comes with lower temperatures, thus easier to cool platforms that will lead to more fan-less designs and overall thinner and lighter devices.

The Transformer Book Chi T300 stands prove of what’s to come in the next year. There aren’t a lot of details on it, but we are talking about a Broadwell Core powered tablet with a 12.5 inch 2560×1440 touchscreen, up to 8 GB of RAM and SSD storage, all inside a 7.3 mm thin body, which makes it more compact than the recently announced Microsoft Surface Pro 3. On top of that, the Chi T300 is going to be fanless, from what I can tell by looking at the available pictures and clips.

Update: Here’s my detailed review of the Chi T300.

This device will offer an optional 4G/LTE integrated modem, but there are no details of a digitizer and pen-input support. Along its sleek sides there’s a full-size USB port, stereo speakers, a headphone/mic jack and some docking connectors on the bottom, while its body is made from aluminum.

As a proper Transformer Book, the Chi comes with a matching docking station, which integrates an actual keyboard and a large trackpad. Latched together, the two make up for an under 15 mm thick device. Again, I can’t say whether there’s an extra battery inside the dock or not, but I’m pretty sure this will provide a better typing experience than the Surface Pro 3, given how it has an actual keyboard with a stiff frame, and not a keyboad-folio. Plus an actual proper sized touchpad.

Anyway, that’s about it for now, but stay tuned for updates in the near future, and check out the video below for a quick look at the Chi T300.

The Book V is a more complex device. You might be familiar with Asus’s Padfone concept, an Android phone that can be docked inside and power a 10 inch tablet. Well, they took this approach to a next level.

The Book V consists of a 5 inch Android smartphone, with an IPS touchscreen, 2500 mAh battery, powered by an Intel Atom platform (quad-core MooreField platform, with 2 GB of RAM and 64 GB of storage) and running Android 4.4 . This one can be docked on the back of a 12.5 inch tablet, which contains an Intel Core processor (Broadwell, 4 GB of RAM, 128 GB of storage) of its own and runs Windows 8.1 . But why dock the phone inside the tablet? Well, because when docked, you can get a big-screen Android running slate, powered by the platform inside the phone.

Last but not least, there’s also a keyboard-dock which adds more storage space (up to 1 TB 2.5 inch unit, in top of the 128 GB on the slate), alongside a full-size USB port. There’s no extra-battery inside the dock, so you’ll have to rely on the battery on the tablet, thus I;m not sure what to expect in terms of battery life here. We’ll see.

In the end, the Book V can work as 5 different devices: an Android phone, a Windows/Android tablet or a Windows/Android laptop. Switching between Windows and Android is supposed to be smooth and seamless. But is such a device something the average user would actually buy? I don’t know, but I do know that there are so many things that can go wrong with this complicated combo and on top of that, I’d reckon the Book V is going to be really expensive. 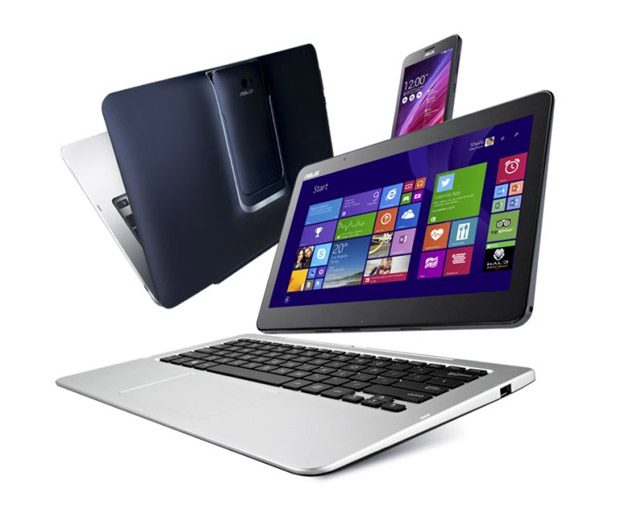 Is this something you would buy?

As a technological achievement though, the Book V is truly impressive. But don’t forget that it’s not Asus’s first attempt at a dual-OS device though. Remember the Transformer Book Trio, announced many months ago? Well, that one was only available for a short time, so hopefully this new try will be more widespread.

Either way, I’m excited about what’s going to come in the next several months. Broadwell is not just another platform update and it’s probably going to have a bigger impact than Haswell had back in 2012. It’s going to spur a swarm of new compact devices, thinner, more powerful and able to last longer than they do right now. And it will probably lead to new form factors and approaches. So if you’re like me and hate carrying around large computers, you should have a smile on your face right now.

Update: I’ve put up together a complete list of all the available Broadwell laptops, if you’re interested.

Stay tuned on the site, I’ll have more details on these Asus Transformer Books in the near future, but also on any of the upcoming Broadwell ultraportables.