Halo 3 on PC is a buggy mess 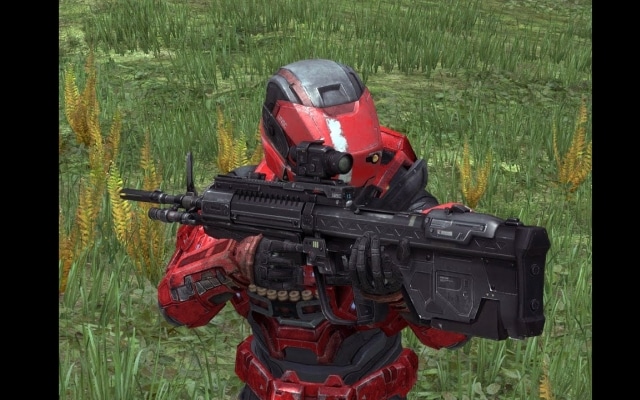 Halo 3 is widely regarded as Bungie’s magnum opus (well, Marathon 2 and Double Aught’s Infinity are my personal favourites), with an estimated 14.5 million copies sold to-date and achieving “universal acclaim” on Metacritic. Originally released in November of 2007, reviewers noted the game’s fun and well-rounded campaign was a welcome improvement from Halo 2’s cliff-hanger, the inclusion of the Forge map-making tool added the potential for near unlimited content, and the ever-popular competitive multiplayer component was as addictive as ever.

Much like with the original Halo: Combat Evolved, which started as a Mac and PC game but was acquired by Microsoft in order to market the Xbox, Halo 3 was a major marketing instrument for Microsoft for their Xbox 360 and Xbox one. Microsoft allegedly spent $40 million USD on marketing the game and its console, and I’d say their efforts were pretty successful: people bought Xboxes just to play Halo and its sequels.

PC users, as usual, had to wait for their ports. Halo: Combat Evolved was ported to Windows in two years after launch (2003), Halo 2 three years after launch, and Halo 3 an eye-watering 13 years later, being released with Microsoft and 343 Industries’ Halo: The Master Chief Collection (MCC). Never having owned any consoles past the Sega Dreamcast, but having fond memories of playing Halo co-op with my roommate in university, I bought Halo 3 via the MCC to finish the fight.

Unfortunately, as the YouTube video below demonstrates, things don’t seem to be quite right with Halo 3. Not in multiplayer, anyway. For the past two days of troubleshooting, we’ve been plagued by lag, bugs, and just plain old jank. My online research has determined that bugs and unplayable lag with Halo 3 are unfortunately standard, and 343 has made posts even back in December saying they were going to fix the issues. Well, it’s July now, and I don’t really know what to say about the game when the co-op experience is like you see below.

Singleplayer works mostly fine, mind you, and it’s quite a novelty to play a console game with pretty good keyboard and mouse support (weapon switching is a bit odd, but if you bind “weapon switch” to “mousewheel down” and “grenade switch” to “mousewheel up”, it works quite well. Even though the original game’s graphics have aged fairly well, the “enhanced” graphics are quite nice on the eyes even in 2020, thanks to the game’s stellar environmental design and art style. But if you’re looking to play Halo 3 with your friends on the PC, definitely hold off. Microsoft and 343 don’t deserve your money for the PC port with the netcode in this state.