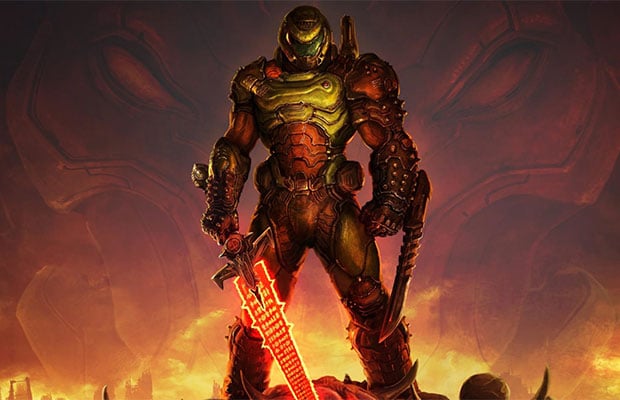 It’s a staggering accomplishment, an improvement upon Doom (2016) in almost every way — sans some flow in level design and lack of crouch.

The graphics are jaw-dropping. The art direction is outstanding. The movement is fluid: athleticism mixed with speed, agility, and a feeling of absolute power.

And then there’s Mick Gordan‘s production of the sounds/music (I’m assuming he had a hand in both). It’s an absolute symphony of retribution and release. It’s definitely one of the best games I’ve played in my life.

…But I’m not in a rush to eschew all my responsibilities in life to jump back in and finish it. What gives?

One of my favourite YouTubers reviewing Doom: Eternal. Shoutouts to Ggmanlives and Northernlion!

For me, immersion is key when I consume media, whether its film or game.

What is immersion? You could describe it as the feeling of being in that space, that world, and acting according to its rules. Doom (2016) and its sequel, which I’ll refer to as just Eternal, are fairly immersive games are far as action FPS games can go. But when it comes to actually inhabiting that world and suspending one’s disbelief, there’s something in there that just doesn’t compute for me. I can only get so into it.

But there’s one game that my brain keeps taking me back to. A game that a friend described to me as “being in a Stanley Kubrick film for 20 hours”, and I have to agree. It’s a game that I think everyone needs to experience at least once in their lifetime — but I’m honestly not sure if it should be more than once.

When I’m playing other first-person games, be they Eternal, Doom (2016),  or Prey (2017) (another favourite), somehow I keep thinking about the corridors of the Sevastapol station. I keep wanting to play Creative Assembly’s 2014 masterpiece, Alien: Isolation. And I think the key is immersion. 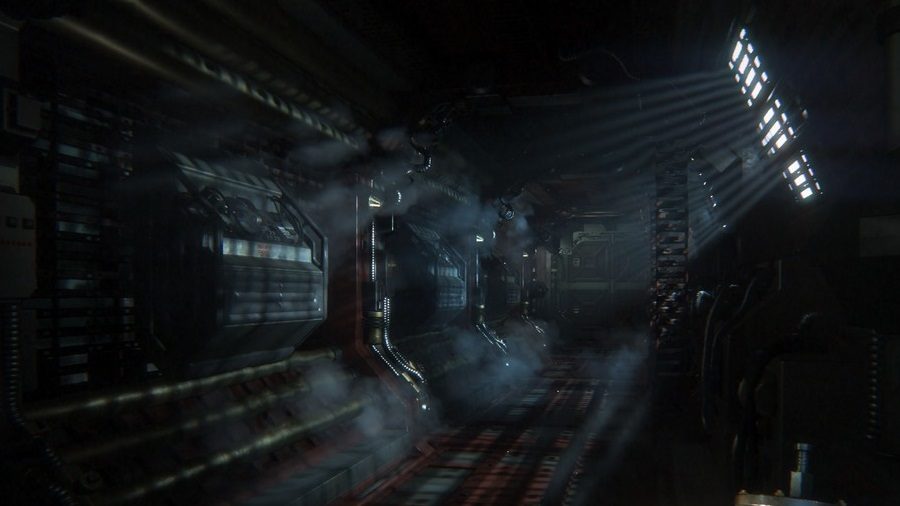 Screenshots don’t do Creative Assembly’s Alien: Isolation justice, but I hope this can impress the atmosphere upon you

In an action FPS, particularly romps like Doom and Eternal, you’re on a power-trip. They’re action games, of course, so that’s where the focus is. But there’s only so much your brain can believe is real when literally everything about the setting is completely fantastical. We know that we can’t actually zip around, ripping and tearing the eyeballs out of floating cacodemons in literal hell. It’s clear it’s a game, and there’s nothing to be afraid of. We can handle anything the game throws at us and come out grinning and triumphant — and that’s the whole point.

So what’s the whole point of Alien: Isolation, and why does it contribute to the game being such a memorable, immersive experience? The same point of Sir Ridley Scott’s 1979 film Alien. That there is the unknown, that we are afraid of it, and that we are right to afraid of it. The driving antagonist of Alien and Alien: Isolation (but none of the other Alien franchise movies or games, for reasons I’ll explain) is the eponymous alien, of course. But what the alien actually is is the unknown and incomprehensible made physical: a creature that stalks us unrelentingly, behaves unpredictably, and cannot be stopped. All we can do is hope to survive — both the alien and our own paralyzing fear. 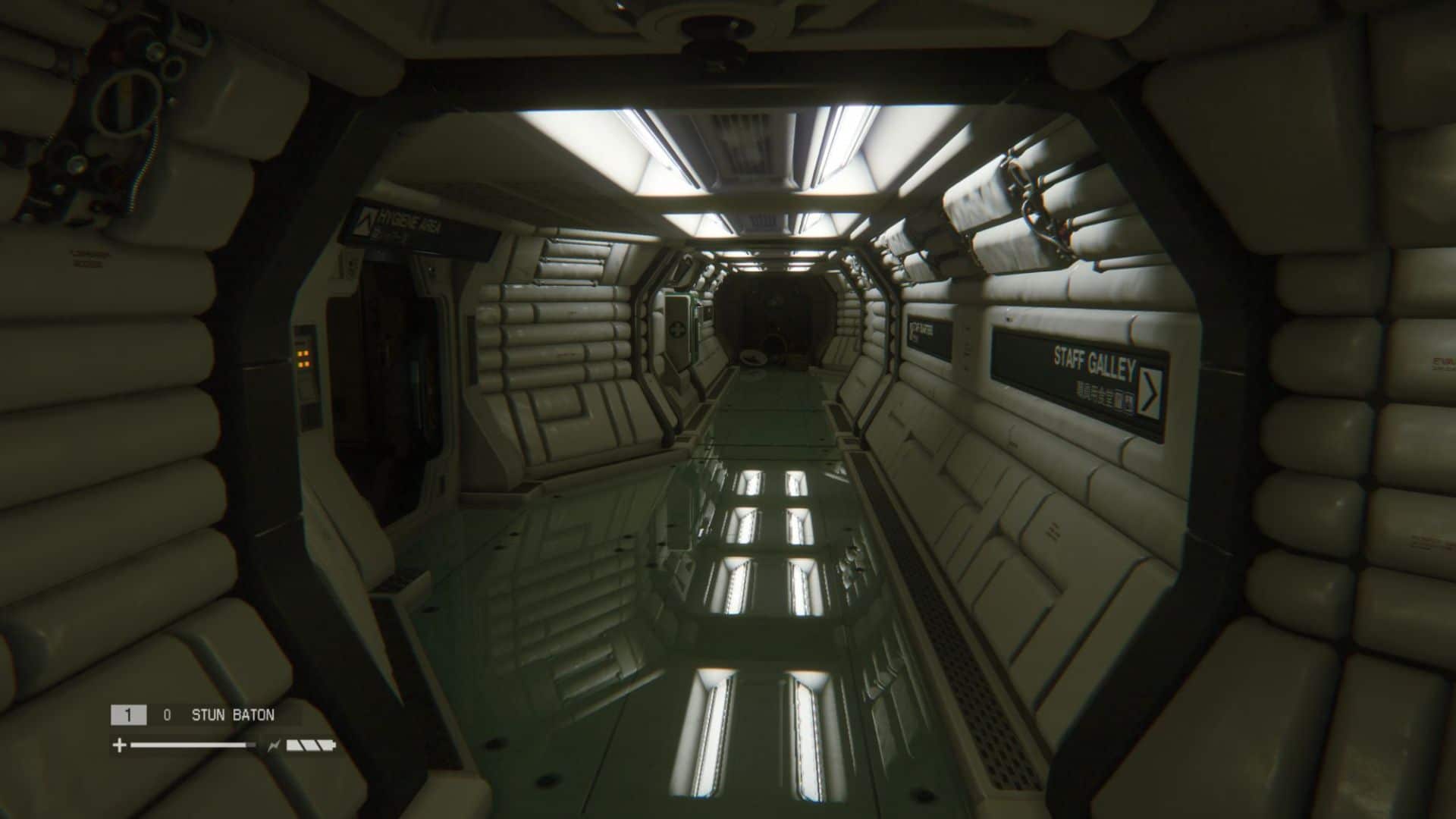 No game has put me anywhere like Alien: Isolation. (Source: The Entertainment Patrol)

Experiencing that very real fear is the key to what makes Alien: Isolation just so damn immersing and good. The artistic assets are phenomenal, too, of course, but we are able to psychologically inhabit this virtual space in a very real way because the dangers referenced within the game are very real. Our brains recognize the existence of the unknown just as they recognize the existence of how horrible people can be to one another (major theme of Alien and Alien: Isolation both, but I won’t spoil anything).

In contrast, media like Aliens (1986) or the Aliens vs. Predator games don’t come anywhere near as engrossing as experiences as Alien: Isolation because they completely remove the unknown and most threatening elements from the alien creatures. They’re good action/adventure/sci-fi media, but they are fundamentally different. It’s not the same creature, and the themes explored are completely different as a result.

The developers at Creative Assembly knew this, and it’s something they mentioned quite frequently in interviews. Aliens (1986) might have been a great film (it is), but it’s not an Alien film, and it might as well be blasphemy to the original vision of the creature expressed in 1979. Alien: Isolation is itself a resounding rejection of all attempts to understand and mitigate the fear and terror the alien should give us, and the developers tried very hard to make sure that this sense of vulnerability, dread, helplessness, and terror ooze from nearly every minute of gameplay.

This is all tied together with an incredibly well-programmed alien antagonist, who does an excellent job of playing his role as your tormentor. You will never get the feeling of “figuring out” the alien completely, and that’s exactly how it should be. The result is an experience that’s completely unforgettable, quite possibly literally traumatizing, but so enriching that you know you are better off for having experienced it — just like Stanley Kubrick’s best.

So while we’ve all got the free time, go ahead and buy and play through Eternal. But consider giving Alien: Isolation a shot, as well. There’s nothing to be afraid, of, right?

Disclaimer: Our content is reader-supported. If you buy through some of the links on our site, we may earn a commission. Learn more.
Douglas Black is a Technical Writer, Analyst, Teacher, and DJ currently based in North Carolina.
← Previous Story 2020 Lenovo ThinkPad updates: X1 Carbon 8th-gen and X1 Yoga 5th-gen
Next Story → MSI GE66 Raider gaming notebook gets new design, 300 Hz screen and 99Wh battery, vs GE65 Raider