Join me on Twitch for tech AMA and DOOM Eternal! 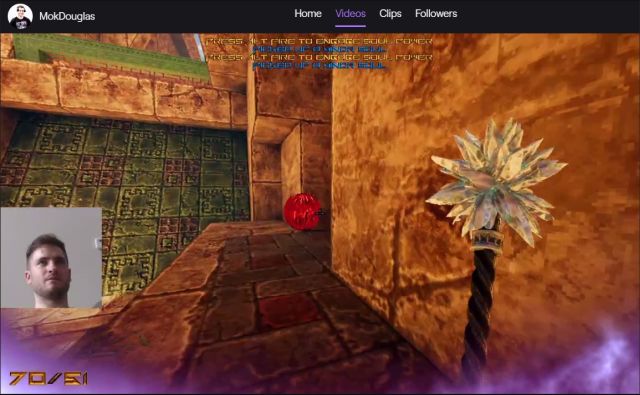 With the COVID-19 pandemic going into full-swing, many of us around the world (self included) are in self-imposed quarantine. Luckily, however, that means an abundance of time to stream on twitch.tv and interact with viewers!

I’ve been looking at ways at increasing participation with regular readers of the site for some time, and I believe Twitch is going to be a better method for this than YouTube in terms of time. Over the next few weeks, I’ll be streaming regularly. I’ll be playing games and music, watching YouTube, and talking about tech ⁠— and anything else you’ve got on your minds.

Other than that, we’ve also got DOOM Eternal unleashing March 20th. Given that most of the world is in lockdown of some kind, and the 2016 release being so well-received, I think Eternal is on track to become one of the best-selling game releases of all time. Either way, I loved DOOM (2016), playing it through multiple times on Ultra-violence, and I am definitely going to be streaming some quality doom-slaying as soon as my copy unlocks!

I’m not going to post too much on UBR about Twitch after this, but I do intend to keep streaming regularly if things go well. Head on over and click “follow” to be notified when I go live. I’ll be streaming for at least a few hours tonight EST, so stop on by if you can. :)

You may be aware that we’ve had a YouTube channel that’s been around for a few years. Andrei and I have experimented with different kinds of content, from reviews to produced podcasts on the official channel, but it’s always been about consumer computing.

I enjoyed producing Technically Incorrect with fellow Notebookchecker Sam Medley and YouTuber Lon Seidman, but ultimately I have been slowly realizing that I want to talk about a lot more than consumer technology.

There are lots of tech channels out there with slickly produced content that sells ads or other products. But over the past few years, I’ve found myself unsubscribing from these channels I used to not miss a single video of. Instead, I am spending more time watching people I consider genuine and informed giving their honest opinions.

What are the guidelines for the format? I’d like to have me and the occasional guest talking about things that matter to us. I just know that I’d like it to be:

What am I qualified to talk about? I’m a 34-year-old British-American who lived and worked overseas (South Korea, China, Hong Kong, Thailand, Vietnam, Philippines, Indonesia, Malaysia, Japan, and Sri Lanka) for nearly 13 years until very recently. Beyond being a part-time tech journalist since 2015 heavily involved with Notebookcheck and this site, I taught higher education for over a decade, DJ and put on events, and now work full-time as a contractor based in Washington D.C..

In short, I would love to talk about technology, society, politics, psychology, music, and life in general. Most importantly, I’d like to interact with the audience and help people in whatever ways I can.

But that doesn’t matter if nobody is interested in watching/listening, of course. So, what would you like to see/hear me talk about, and how would you like it to be formatted? Please let me know your ideas in the comments section below!