Do you really need an expensive TV? 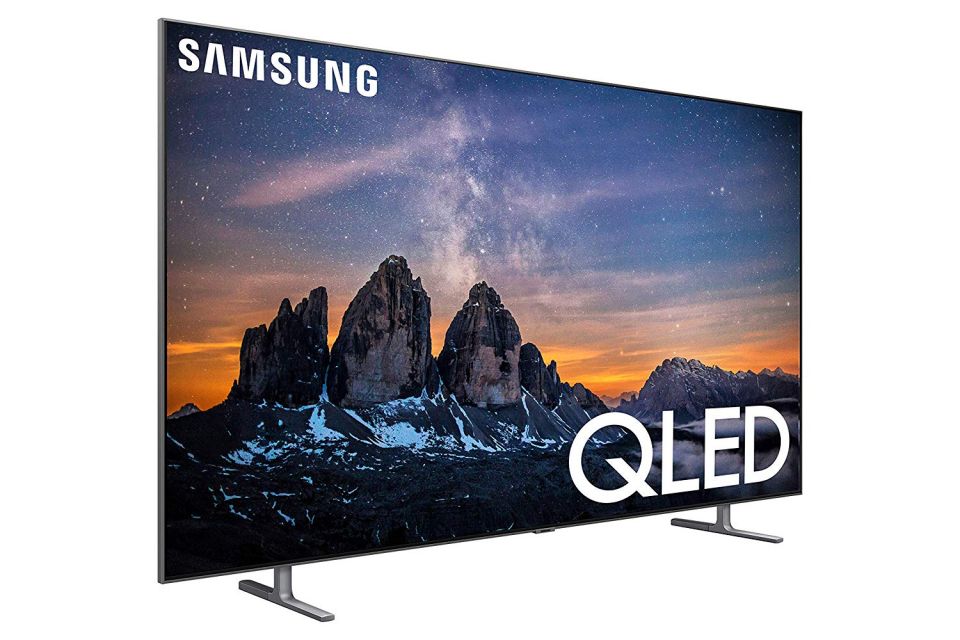 Note: I’m getting a few comments to this article regarding this not being a fair comparison. To clarify, this blog post is not about which of these two TVs is better. The question I aimed to answer is whether one might need a more expensive TV as opposed to a budget one. In this article, I highlight the differences I experienced that were very impactful to my use cases.

For much of my life, I rarely turned on my TV.

I had my computer and a 24″ monitor, and the media I was experiencing (i.e. games, YouTube, articles, etc.) was so superior to the broadcasting I had seen growing up on TV that I completely wrote-off having one for many years.

It wasn’t until I started having guests over and entertaining them in my small (by Western standards) Hong Kong flat in around 2017 that I realized the value of a large screen to show content on. It didn’t take long before I started doing all my computing at home on a huge screen in my living room rather than on my notebook on my lap or desk, and soon my big-screen conversion was complete.

That TV, an older Samsung fourty-something-inch FHD model I bought second-hand, served me well until I left Hong Kong in late 2019. It was 1080p, had one green stuck pixel in the upper-left corner, and had slightly uneven backlighting. Still, it was good enough for me to enjoy using for almost three years, and so I thought, “TVs have certainly gotten so much better by now, so almost any TV I buy should be good enough to make me happy.”

Boy, was I wrong.

I went to Amazon, sorted reviews by rating, read through the reviews and specs of a dozen or so models in the lower price ranges ($400 USD and below). I decided to buy one of the cheaper models of TV I could find: The LG UM6910 55″ 4K UHD Smart TV. 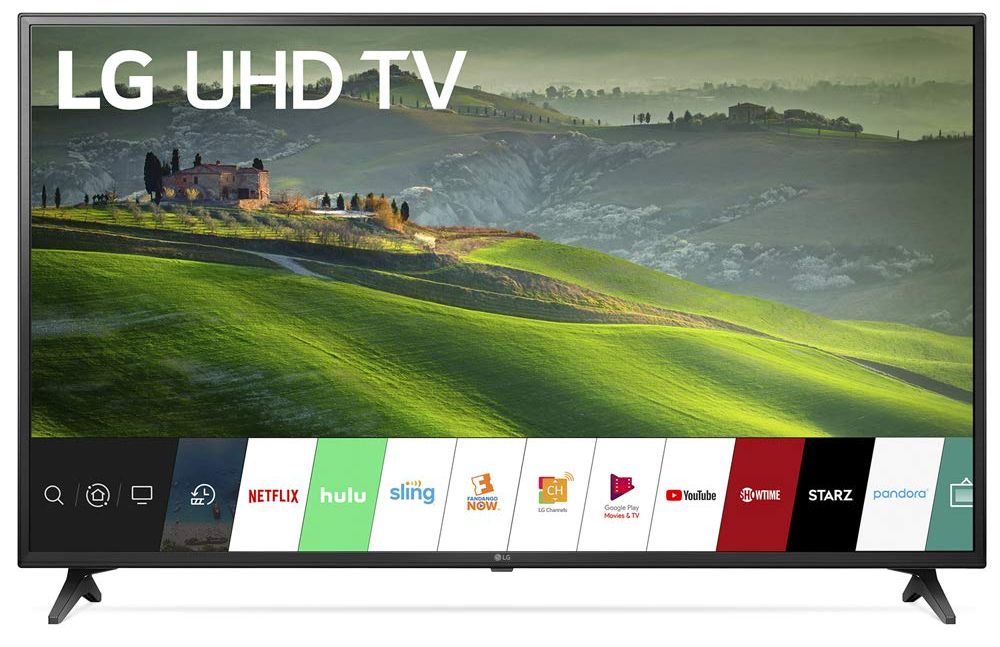 Since it was bigger and far newer than my older TV with its bright green stuck pixel in Hong Kong, I figured it would be a straight upgrade. Surprisingly, I quickly found out I was wrong.

While the LG55UM6910 looked good enough in 4K resolution showing bright images, I couldn’t stand looking at darker images on it at night. The contrast and viewing angled seemed to be much worse than I remember my older TV having, and dark content looked grey and washed-out. There was notable colour-shift on the sides of the display even when being viewed head-on. To be honest, it reminded me of the poor displays I had seen on my ThinkPad T470. The advertising buzzwords of “4K” and “HDR” had duped me, a semi-retired technology journalist, into thinking something would be better than it was. 4K wasn’t helpful when I was running things in 1080p most of the time, and the HDR didn’t seem to do anything that helped the washed-out content I was seeing. A poor quality panel was poor quality, regardless of the extra processing features.

Don’t get me wrong, the LG was a great value for its size and was perfectly suited for work or daytime viewing, but I just couldn’t stand seeing those washed-out colours at night. Now I understood the importance of deep blacks, contrast, and viewing angles.

Realizing I knew very little about TVs compared to notebooks, I went back online to do more research. For my uses, I knew I needed something with low-latency, deep blacks, and good viewing angles. I still didn’t want to spend more than I needed to, of course, so I spent another few days watching and reading reviews of different TVs and display technologies. QLED, OLED, LED — what did I really want? I finally settled on my criteria:

That research led me to my next TV.

I ended up springing for the Samsung QN55Q80 QLED 4K TV as a sort of happy medium between ultra-expensive options recommended by channels like LinusTechTips and the budget models I had initially been exclusively looking at. I was very curious as to the difference between a QLED TV and a regular LED TV that was 1/3 its price. 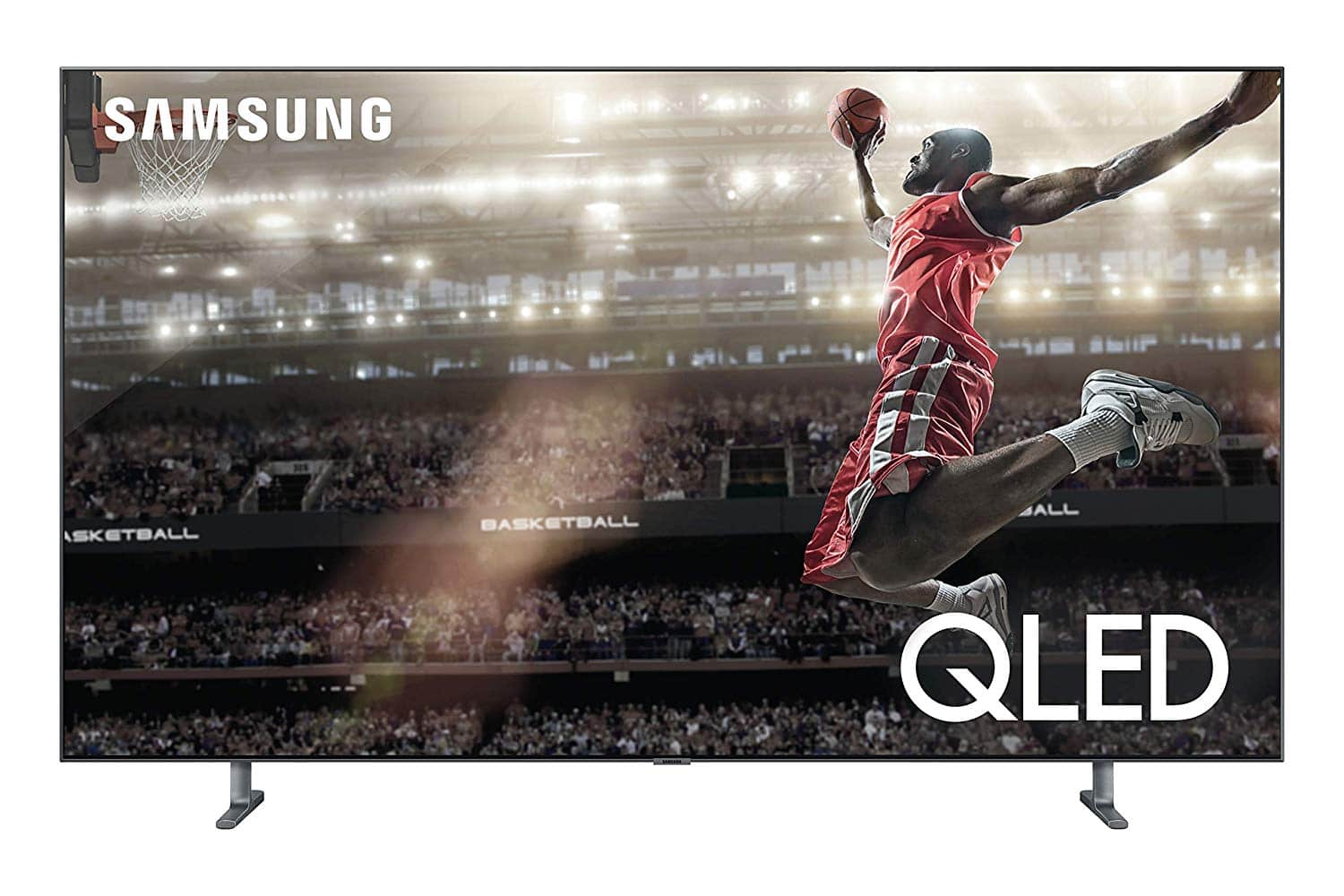 So what’s the difference between a budget TV and a higher-end one several times the price? A lot, I found.

Just taking it out of the box, I noticed the difference in build. Build quality doesn’t matter too much for something I leave on my wall and don’t touch, but the Samsung QN55Q80 had a far better feel to it than the LG55UM690, which had flimsy legs that reminded me something of an origami giraffe’s.

Software-wise, I found both TVs had usable user interfaces, but the Samsung was notably faster (it was to be expected that a cheaper TV would skimp on things like CPU).

But it was the viewing angles and contrast that were immediately noticeable as soon as the TV was turned on. Instead of the greyish blacks and colour-shifting that reminded me of old TN panels from my budget TV, I was treated with a visibly superiour colour-space, very solid viewing angles, and blacks that rivaled anything I’d seen since OLED (this turns out to be a great feature of QLED technology, which gates lighting to individual pixels similarly to OLED).

Where my cheaper TV had obvious IPS-glow on even the lowest brighness levels, the more expensive QLED from Samsung impressed me with the local-dimming QLED provides as well as its much higher overall brightness and colour-accuracy. The speakers were far better as well, producing much clearer mids and putting out far more bass than the 10W speakers on the cheaper TV (though I quickly hooked up my soundbar, the neat JBL 5.1 4K Ultra, which I do recommend for TV use).

I had the budget TV for just over two weeks before deciding to switch it out and have only been enjoying the much more expensive QLED TV for a few days now, but I have to admit how different the experience has been when comparing the two.

I just didn’t enjoy using the cheaper TV to play games, watch shows or movies, or really do anything that required a dark screen. I didn’t expect it, but the poor contrast and viewing angles really bothered me to the point of avoidance.

In contrast (no pun intended), the new QLED TV makes me happy as a clam. I don’t need to worry about banding or burn-in as much as an OLED, but the blacks are really black with the local-dimming technology QLED offers, and everything looks great on it.

So, is it worth shelling out ~$1000 USD or more on a higher-end TV? Just like with computers, it depends on your usage. If you like consuming media, don’t underestimate the importance of viewing angles and the ability to produce deep blacks. I could take or leave 4K because Windows and many programs are still terrible at scaling, but getting anything less than 4K isn’t really even an option anymore. Do you need HDR? I am lukewarm on the technology because I don’t really like the way it dynamically changes the brightness of the display (something the XPS 13 got me to really hate). Do you need OLED or QLED over traditional LED? I’m far from an expert on these two display technologies, but QLED does seem to be a great medium between LED IPS and OLED.

In short, I found you get what you pay for. If you just want a TV as a monitor for watching lighter content or doing work on 95% of the time, though I think a budget TV will serve you just fine. If you take your media seriously, though, you’ll probably want to go for a higher-end option. It will save you the hassle of returning/selling the first one you bought, and you’ll be able to relax at night as you watch The Expense or The Witcher (both highly recommended by me) rather than being annoyed that you cheaped-out on something that was more important than you realized.

Disclaimer: Our content is reader-supported. If you buy through some of the links on our site, we may earn a commission. Learn more.
Douglas Black is a Technical Writer, Analyst, Teacher, and DJ currently based in North Carolina.
← Previous Story Lenovo ThinkPad X13 and X13 Yoga updates of the X390 lineups
Next Story → “Big Tech” is still largely liked and trusted by Americans, says survey