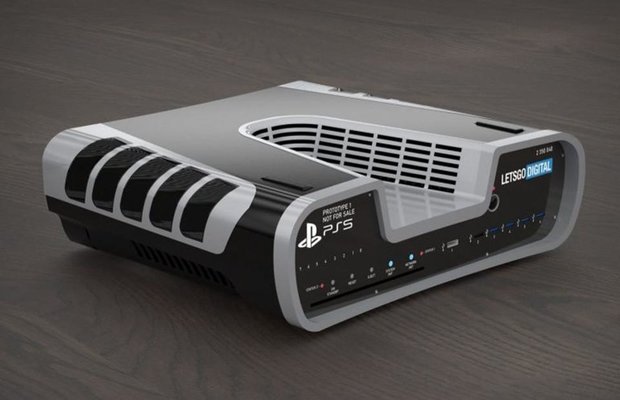 Hype is building around the upcoming 9th generation home consoles, specifically concerning Sony’s follow up to the insanely successful PlayStation 4. A recent dump on Pastebin this week may give us the clearest picture yet of what to expect with the PlayStation 5.

The text dump, titled “PS5 Latest Proposed Core Spec,” was uploaded by an anonymous poster. The post details what may be the internal specifications of the PS5. These include a Zen 2 “semi-custom” CPU with 8 cores/16 threads clocked at 3.5 GHz and an RDNA2 “semi-custom” GPU with 40 Compute Units clocked at 2.0 GHz. This supposed GPU is rated at 10.25 Tflops of performance.

Additionally, the dump claims the PS5 will have 16 GB of GDDR6 VRAM and 4 GB of DDR4 system memory “linked to a RISC storage processor.” The VRAM will operate on a 256-bit bus at 512 GB/s.

Storage will supposedly be handled by both a 1 TB custom NVMe SSD and a 1 TB 7200 RPM HDD. Lastly, the post states the PlayStation 5 will be released on November 20, 2020 for $399. The console will ship with a controller and a first-party game.

Before we go any further, please understand that this is a rumor. Obviously, none of these details have been independently verified, though quite a few media outlets seem to think they are true. There are a few questionable statements in the text dump, though.

The first lies with the mix of a Zen 2 CPU and RDNA GPU. Zen 2 was released to wide applause this past summer, but RDNA 2 is still under development. Everyone was expecting RDNA 2 to make an appearance at CES 2020, but so far, AMD hasn’t shown anything related to the GPU architecture.

It seems odd that the PS5 would use a CPU architecture that was developed over the past few years and is on the market now but would use a GPU that is obviously not ready for reveal. Of course, it’s possible that Sony had access to RDNA 2 well in advance, but it would be risky for Sony to build its GPU on an architecture that is untested and unavailable to developers.

Rather, it makes more sense for the PS5 to use a Zen 2 CPU and an RDNA Navi GPU. Since both RDNA and Zen 2 were released this past summer, the platform has already been in the hands of developers, and Sony would have had much more time to really push the hardware in their console. It doesn’t make sense for Sony to use a platform that is still in development.

All said, this is an interesting rumor, and offers more details than previous speculations. I’d still take this one with a shaker’s worth of salt.

Disclaimer: Our content is reader-supported. If you buy through some of the links on our site, we may earn a commission. Learn more.
Sam Medley is a seasoned news writer and device reviewer with a passion for telling the story behind technology. His key areas of interest are data privacy, Linux, and gaming (with a particular affinity for retro games). When he's not writing, Sam is producing music, tinkering with electronics, or spending time outside with his wife and four children
← Previous Story Nemesis is coming to PlayStation 4, Xbox One and Steam next April in Resident Evil 3 reboot
Next Story → The Nintendo Switch outsold PlayStation 4 and claimed 76% of the Japanese gaming market in 2019