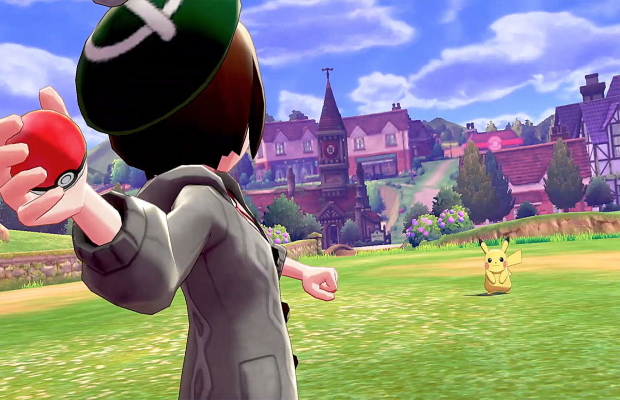 Pokémon Sword & Shield have been out for less than a week, but modders have already had success with re-adding missing Pokémon. The attempts can be split into two categories. On the one hand, the likes of @mattyoukhana have enabled Pokémon that were deactivated within the games’ code. Game Freak stated that it was unsure whether these Pokémon were usable or whether they merely leftover data. As the video below demonstrates, the code for Lunala contains attack animations, while its assets look fairly complete.

"we don't know if they're usable it's probably just leftover data" lol pic.twitter.com/Ia0gRKLndh

On the other hand, some Pokémon fans have edited the poke_resource_table to include missing Pokémon that were included on Pokémon Let’s Go. These attempts are more incomplete than those that were present in the games’ code though, with some intriguing repercussions. Bulbasaur, for example, drops motionlessly from the sky. This is likely because of incompatible animations, but idle and attack animations have been possible to port across.

Here is one I did with the broken animation. https://t.co/esAXASvdbg

Overall, these mods arriving just days after the release of Pokémon Sword & Shield smacks of Game Freak being rather lazy with the games’ development. If it has proven this easy to add missing Pokémon into the games, then we cannot understand why Game Freak decided against including the Pokémon that it used in Pokémon Let’s Go in its latest edition of the series.

Disclaimer: Our content is reader-supported. If you buy through some of the links on our site, we may earn a commission. Learn more.
Specialising in consoles and games. I have written for Neowin too and previously worked at Apple, before which I read International History and Politics at the University of Leeds. Currently gaming on the Nintendo Switch, Steam and Xbox One.
← Previous Story No, Microsoft. Stop “Being Like Apple”.
Next Story → Ubuntu Touch is still a thing, but Linux phones will never take off