Could AR gaming be headed to the PlayStation 5? 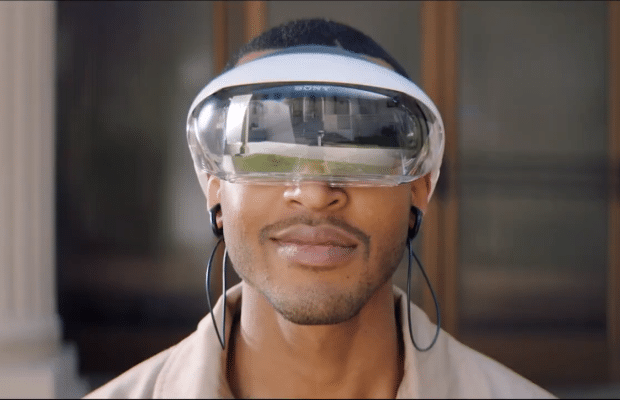 News about Sony’s upcoming console have been rife lately. In the last week alone, Sony Interactive Entertainment CEO Jim Ryan confirmed to WIRED that the Holidays 2020-bound console will be officially called the PlayStation 5, while Japanese website Famitsu has been credited for confirming that the console will feature a Zen 2-based octa-core processor.

Mark Cerny, Lead System Architect of the PS4, confirmed the latter to WIRED in an interview that the website published in mid-April, so we are none the wiser why this has re-appeared again.

Setting that aside, LetsGoDigital has uncovered a patent that Sony filed with the Japanese Patent Office (JPO) for an ‘image processing device’, a version of which may have already gone into a limited production run.

The patented design, equipped with six cameras arranged in a stereoscopic formation, appears to function much like the prototype headsets that Sony is currently trialling at its Ginza Sony Park.

The headsets are being used as part of the company’s Ghostbusters in the Park experimental program, which runs from October 12 to December 8. You can register to participate in the experience on the Ginza Sony Park website.

The company has also released a teaser video of the experience, which you can watch below, to whet your appetite.

While it remains unclear what Sony’s intentions are with this edition of its experimental program, an AR headset for a future games console does not seem out of the question. Sony has teased that it wants to “lead the sense of immersion to a higher level” with the PlayStation 5, which it has stated it will achieve in part with a revamped controller.

Sony already has considerable experience with VR headsets, so an AR equivalent for the PlayStation 5 is not necessarily a huge leap. It remains to be seen whether the combination of an octa-core Zen 2-based processor and Navi GPU would be powerful enough to handle AR gaming, though.

Disclaimer: Our content is reader-supported. If you buy through some of the links on our site, we may earn a commission. Learn more.
Specialising in consoles and games. I have written for Neowin too and previously worked at Apple, before which I read International History and Politics at the University of Leeds. Currently gaming on the Nintendo Switch, Steam and Xbox One.
← Previous Story HP’s Enterprise 14A G5 and Enterprise x360 14E G1 are enterprise-grade Chromebooks targeted at businesses
Next Story → No, Microsoft. Stop “Being Like Apple”.