Nvidia’s 7nm Ampere GPUs may be launching in early 2020 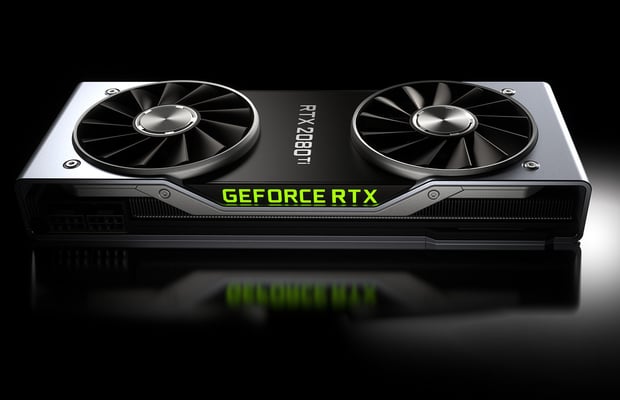 Nvidia’s Turing GPUs have proved themselves to be powerful and popular graphics cards. The RTX line, in particular, has been met with widespread success, thanks in part to their gaming prowess. However, most of the marketing surrounding Turing revolved around the introduction of real-time ray tracing, a feature that has largely fallen flat. That may change if recent rumors about Nvidia’s next GPU architecture, dubbed “Ampere,” are to be believed.

According to sources at WCCFTech, Igor’s Lab, and Digitimes, Nvidia will be releasing Ampere cards sometime in the first half of 2020. Ampere is rumored to bring with it a major overhaul of Nvidia’s manufacturing process. Team Green will make the switch from a 12 nm FinFET process to a 7 nm EUV (Extreme UltraViolet) process. AMD’s Radeon VII and Radeon RX 5700 are built on a 7 nm process, which would make Nvidia’s switch an interesting and necessary move.

Shrinking the manufacturing process can affect both processor power and energy efficiency. Moving to a smaller node process would make Nvidia’s GPUs much more powerful and more efficient. This is particularly interesting for gaming laptops. In theory, a smaller manufacturing process would not only increase gaming and rendering performance but would also improve cooling and power consumption. In a similar way that Maxwell closed the performance gap between gaming desktops and gaming laptops, Ampere may further decrement perormance deltas between the two worlds.

Further, Ampere’s more efficient design could vastly improve real-time ray tracing support. Currently, the RTX 2080 Ti (the most powerful consumer-grade Turing card) is limited to about 50-60 fps at FHD with ray tracing enabled. Ampere may be able to push well past 60 fps or allow for ray tracing at higher resolutions.

Keep in mind that all of this is based on rumor and hasn’t been confirmed outside of a few singular sources. Nvidia is already working on its next generation of graphics cards, but the company (or sources within the company) has yet to release any details on its upcoming products. However, Nvidia will likely have to switch to a 7 nm process to keep step with AMD. That could be excellent news for gaming laptops and ultrabooks.

Disclaimer: Our content is reader-supported. If you buy through some of the links on our site, we may earn a commission. Learn more.
Sam Medley is a seasoned news writer and device reviewer with a passion for telling the story behind technology. His key areas of interest are data privacy, Linux, and gaming (with a particular affinity for retro games). When he's not writing, Sam is producing music, tinkering with electronics, or spending time outside with his wife and four children
← Previous Story New ThinkPad X1E Gen 2 BIOS update (1.26) makes it faster than the XPS 15 7590
Next Story → Samsung’s Chromebook 4+ and Chromebook 4 are budget-oriented but with a premium look