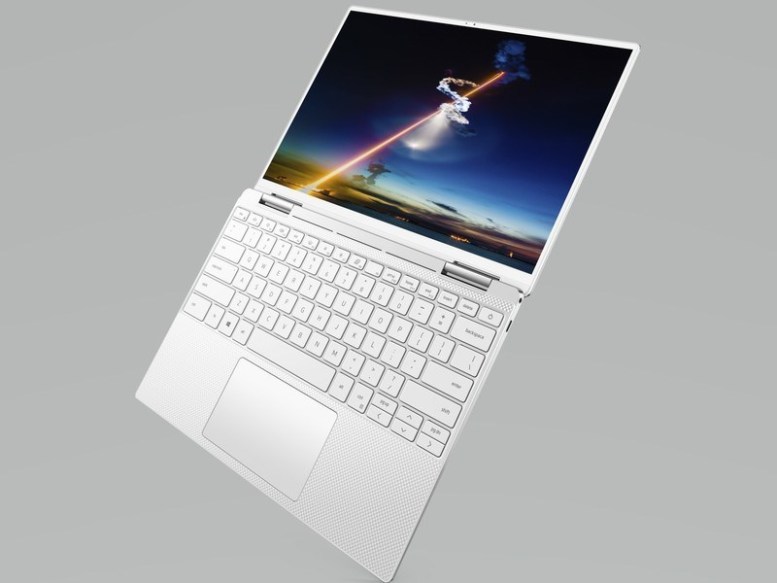 Update 2 (July 12, 2019): Article updated to include comment speculation 10nm and 14nm variants of XPS 13 in traditional and convertible designs

One of Intel’s fastest upcoming ULV (15W) CPUs looks to be the Comet Lake i7-10510U, which seems slated to power the soon-to-be-released Dell XPS 13 7390 clamshell. Confusingly, the 7390 2-in-1 seems like it will be powered by 10th generation 10nm Ice Lake CPUs (which has few leaks so far) rather than the 10th generation 14nm Comet Lake CPUs.

Benchmarks for this Comet-Lake 15W CPU have just shown up on consumer-tool Geekbench’s website, but any wild expectations for the performance of this chip should be tempered based on the scores put up: The multi-core scores only show a 6.94% increase over one of the fastest 15W 8th generation Whisky Lake CPUs, the i7-8565U, while the single-core performance is actually worse.

The XPS 13 7390 2-in-1 is a nice-looking laptop sporting some of the first 10nm U-series CPUs. Unfortunately, it will have a soldered SSD, and I therefore cannot recommend purchasing it.

For comparison, remember that this i7-10510U has a base frequency of an odd 2.29 GHz and maximum turbo frequency of 4.89 GHz while the i7-8565U has a 1.8 GHz base clock and 4.6 GHz maximum. With thermal constraints being equal, you would expect the upcoming Comet-Lake U-series CPU to be faster than an 8th gen CPU of the same series yet with lower clocks. It could be that because this is likely a pre-release XPS 13 7390 being tested, it’s yet to be optimized and better scores may be posted with time.

It will be especially interesting to see how the 10nm Ice Lake CPU option for the XPS 13 7390 2-in-1 compares to the 10th generation 14nm Comet Lake part for the traditional 7390.

Disclaimer: Our content is reader-supported. If you buy through some of the links on our site, we may earn a commission. Learn more.
Douglas Black is a Technical Writer, Analyst, Teacher, and DJ currently based in North Carolina.
← Previous Story The new XPS 15 7590 will start shipping soon, but should you even buy one?
Next Story → On vision (technology and its role in our lives)