I’m excited to write today about the official launch of the Technically Incorrect podcast, which has been a project of mine that I’ve been working on getting started for a few months now.

Scrolling through my YouTube feed and seeing a half-dozen positive impression videos on the same product being uploaded within minutes of each other, I realized most content related to consumer technology on YouTube is really just product advertorials dressed-up as critical review. It’s no secret that the most financially successful videos are the ones that cover a popular product first (such as the OnePlus 6T or Huawei P20), and so the ability to get a video up before the competition is highly prized by many channels. 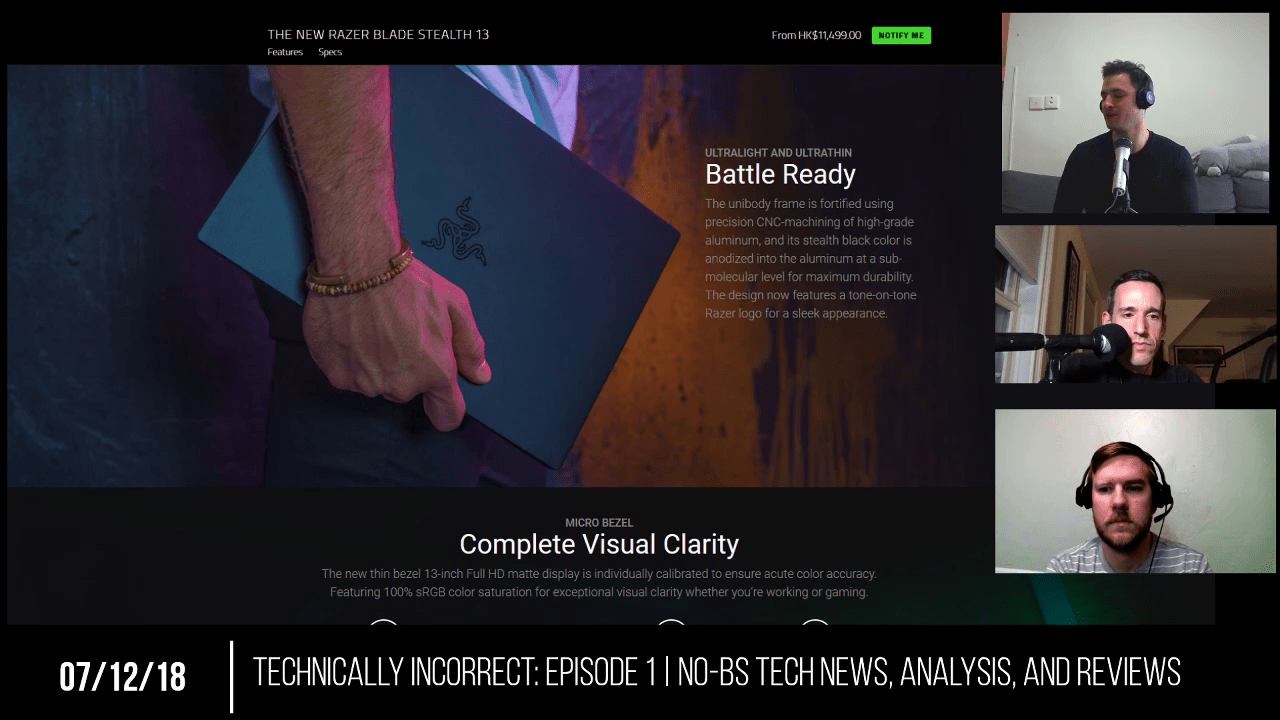 We aim to provide in-depth analysis and honest opinions on new and existing consumer technology.

How do you get a product first? You need to have a good relationship with the company in order to get a sample to use after agreeing to a non-disclosure agreement (NDA). This benefits the YouTube channel by letting them have a pre-produced video ready to be published the minute the information embargo from the NDA lifts, meaning they will be the first channel up with a “review” or “hands on” of a product, such as the OnePlus 6T.

The problem is the inherent self-censorship that occurs as a result of the desire to maintain those relationships with companies and to keep getting the samples of products that are relied on to make a video financially viable. Every time you say something negative about a product, you are risking your coveted chance to get a product before regular consumers or those without connections, and the financial impact is a very real threat to those who make their living on YouTube doing such things.

Technically Incorrect does not aim to replace flashy, well-produced videos with crispy animations and intro themes (if anyone wants to make us one, that would be awesome!) that always end up just providing positive coverage. Instead, we hope to supplement the existing discourse about consumer technology and encourage companies and consumers alike to thin more carefully and critically.

We hope to conduct the podcast on a weekly or bi-weekly basis on YouTube at our official channel! If you have any constructive comments or suggestions for the show or topics to cover, please do feel free to engage in the community and let us know.

Disclaimer: Our content is reader-supported. If you buy through some of the links on our site, we may earn an affiliate commission. Learn more.
Based in Hong Kong, Douglas Black is a veteran editor of Notebookcheck, university lecturer, researcher, and writer.
← Previous Story Intel Core i7-8565U benchmarks (Whiskey Lake U) – vs i7-8550U, i5-8265U and others
Next Story → What We Should Have Learned about Tech in 2018