The PC industry will contract by 2.1% this year, and that’s good news

The PC industry is expected to contract by 2.1% this year, and that’s a good thing, says research firm Canalys. The 2.1% contraction suggests a soft landing for the PC market, which has seen years of negative growth due to a number of factors, chief among them the advancement of tablets and smartphones.

It wasn’t uncommon to see 30% on-year growth for the PC industry in its heyday, but even as far back as 2011 it was enjoying solid, continuous growth. In fact, IDC revised their predictions for 2010 to an incredible 19.8% expansion due to stronger than expected mainstream notebook sales in developing markets.

Then, as TIME magazine put it, the tablet happened.

Debuting in April of 2010, Apple’s iPad led the charge of the tablets as the computing device choice of the mainstream consumer. Conventional wisdom suggests that the notebook was more powerful and more complex than most people needed, and the portability and intuitive UI of tablets led them to be favored by the masses. The iPad and its tablet compatriots quickly gained momentum in a relatively short windows after launch, and by 2013 it was clear that the traditional PC was in trouble. PC shipments fell off by nearly 10% as emerging markets such as China embraced both smartphones and tablets over the PC. 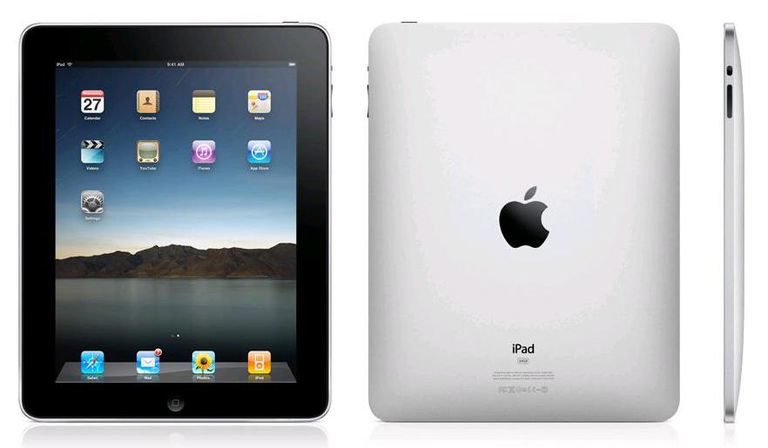 The release of the original iPad helped millions to move away from traditional PCs as their main computing device. (Image credit: Apple)

The so-called “tablet boom” peaked in 2015 with ownership numbers hitting around 47% according to GlobalWebIndex. Tablet ownership dropped to 42% in 2016, and this contraction has continued over the past 2 years, suggesting tablet owners are not purchasing new tablets and no longer using their old ones. The tremendous beating tablets and smartphones had been giving PCs was starting to show signs of mercy.

Rather than mainstream notebooks returning, however, 2016 was the year of the Chromebook. While PCs overall declined 6%, Chromebooks surged by 38%. Chromebooks continued their success into 2017 with 16.3% growth, while gaming notebooks emerged as one of the few bright spots in the PC sector. The trend pointed towards market stabilization after the disruptive previous years, and this seems to be what is indeed happening based on the most recent data.

Canalys’s prediction of -2.1% growth for tablet and PC shipments this year is the smallest contraction since 2014, and the relatively optimistic outlook is driven by some interesting changes in the market landscape:

(1) Windows 10 updates and Device as a Service offerings are still driving hardware sales on the commercial sector. OEMs are targeting companies with contractual, scheduled PC sales to achieve a more stable revenue stream.

(2) While education continues to drive the growth of Chromebooks, gaming is still the prime mover of notebooks in many countries, including the US, South Korea, China, Russia, and Japan. Convertibles are also a modest but growing sub-sector for notebooks.

(3) While super-cheap Android tablets are still popular as smart-home remotes, the tablet overall is finding a somewhat unexpected new home not with consumers but in education, healthcare, and retail.

(4) Finally, it should be noted that the tablet isn’t falling victim to Chromebooks and PCs, but instead it has been usurped by the mobile phone.

Things are still looking rough for the desktop PC, which is expected as laptops are getting closer and closer to parity with their desktop brethren in many meaningful metrics. Based on the data, I think it’s safe to assume that we are going to see more of a push on the Chromebook, gaming laptop, and convertible market in the next few years. It will be interesting to see how the emergence of any additional form-factors (say, a Surface phone) impact these predictions.

Disclaimer: Our content is reader-supported. If you buy through some of the links on our site, we may earn an affiliate commission. Learn more.
Based in Hong Kong, Douglas Black is a veteran editor of Notebookcheck, university lecturer, researcher, and writer.
← Previous Story Windows 10 on ARM may get a 40% speed boost with the Snapdragon 845, but is it enough?
Next Story → The Dell Precision 5530 is a Quadro powered workstation in the body of an XPS 9570