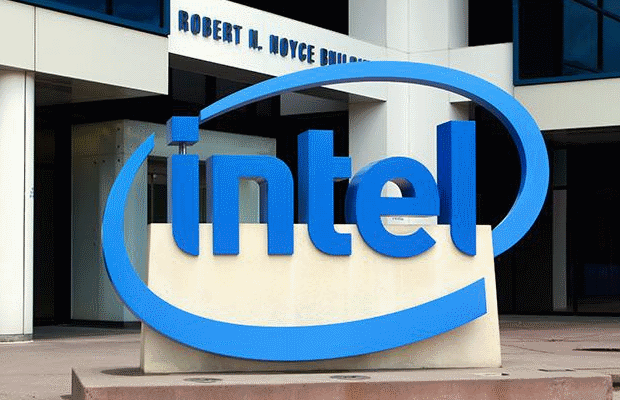 Ever since the debut of the ‘Broadwell’ platforms of CPUs back in 2014 and up to the launch of ‘Coffee Lake’ in 2017-18, Intel has been optimizing the 14nm fabrication process for more speed and efficiency.

The much awaited next step in advancing its micro-architecture would be to transition to a 10nm fabrication process, which would lead to an increase in performance and efficiency, and enable thinner form-factors for future ultrabooks, with longer battery life. The 10nm process was supposed to debut with the ‘Cannon Lake’ family of CPUs sometime in H2 2018. However, Intel seems to have hit a wall in mass producing these chips this year.

An interesting (and probably somewhat disappointing) news to come from Intel’s Q1 2018 earnings call on Thursday is that the move to 10nm is getting delayed yet again. Currently, there are some low volume 10nm parts being produced, but apparently Intel is struggling to mass produce chips efficiently on the 10nm litography. Intel’s CEO Brian Krzanich stated the following during a conference call with financial analysts,

“We are shipping [10-nm chips] in low volume and yields are improving, but the rate of improvement is slower than we anticipated. As a result, volume production is moving from the second half of 2018 into 2019. We understand the yield issues and have defined improvements for them, but they will take time to implement and qualify.”

Aside from this delay in launching Cannon Lake, Intel reported some impressive numbers, with the company showing a record revenue of US$16.1 billion, a 9% increase from last year. The majority share comes from the Client Computing Group, which posted a revenue of US$9 billion. This is impressive considering that a lot of things were not working in Intel’s favor in the past 6 months, such as the Meltdown and Spectre saga, a shrinking PC market, and competition from AMD.

So while the 10nm ‘Cannon Lake’ chips take their own time to graduate from Intel’s foundries, Intel has two more 14nm updates lined up later this year — ‘Whiskey Lake‘ and ‘Cascade Lake’. From what we know till date, ‘Whiskey Lake’ could be the successor to the 2017 ‘Kaby Lake-Refresh‘ Core U chips that motorize the vast majority of the existing ultrapotables and thin-and-lights, with four cores and GT2 graphics. ‘Cascade Lake’ on the other hand is supposedly a new architecture for the Xeon family of server CPUs.

While we hope that Intel figures our their manufacturing issues in mass producing 10nm chips, the competition is far from being a mute spectator. AMD has already transitioned to 12nm with its new Ryzen 2000 family and is expected to hit 7nm with its Zen2 micro-architecture sometime in 2019. In the ARM camp, the Taiwanese semiconductor company TSMC has already made the transition to 7nm, fueling speculations of new Apple and Qualcomm SoCs based on this new lithography. So it looks like for the first time in many years Intel might need to catch up to the competition, and perhaps they might directly jump on to the 7nm bandwagon if the 10nm woes don’t end soon.

Disclaimer: Our content is reader-supported. If you buy through some of the links on our site, we may earn a commission. Learn more.
← Previous Story Is the new XPS 15 9575 2-in-1 faster than the old XPS 15 9560? Yes, no, and maybe.
Next Story → XPS 15 2-in-1’s maglev keyboard may find its way into other Dell laptops — Frank Azor