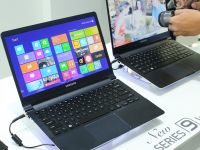 Although it still hasn’t technically entered the ultrabook market, Samsung has made quite the waves with the Series 9 laptops.These have never been marketed as “ultrabooks”, but, as far as we are concerned, both the 2011 first-generation and the second-generation released back in spring fitted the bill to be called that way.

Now it seems that Sammy is rather quietly planning to come out with a third-generation Series 9 notebook, which will look basically the same as its predecessor, with one teeny-weeny technical tweak.

The brand new Series 9 (or the Series 9-3, if you like) will sport a one-of-a-kind 13.3-inch WQHD display with… are you ready for this?…  a 2,560 x 1,440 pixel resolution. That has a more than good shot of becoming the absolute most stunning panel on such a light and ultraportable laptop, the only one competing in the same league with it being the Retina Display on the new Macbook Pro. 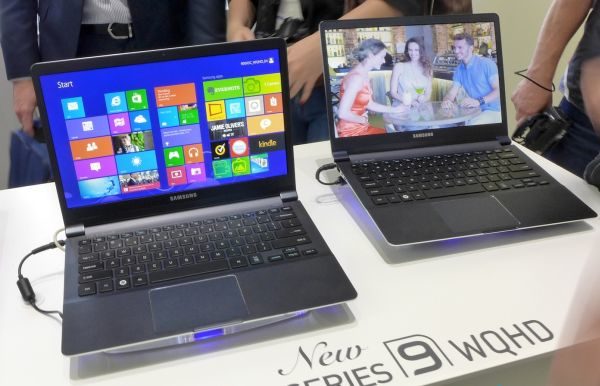 Apple’s new panel comes with an even better resolution of 2,880 x 1,800 pixels, but is a 15-incher, so in fact the Series 9’ display should have the better pixel density (226 ppi vs 221 ppi). I personally didn’t even think it was physically possible to cram so many pixels in such a tiny screen, but Samsung definitely proved me wrong.

If that out-of-this-world resolution wasn’t enough, the new Series 9 display also has a matte finish, so using the ultrabook (I’m sorry, ultraportable laptop) in direct sunlight won’t be a problem either.

Like I said, the new Series 9 was rather quietly put on display at the IFA 2012 in Berlin, which means that either it’s an unfinished computer, or Samsung is not thinking of releasing it anytime soon.

It didn’t look like an unpolished product in Engadget’s hands-on video, for example, so our guess is we won’t be seeing this on the market in time for the holiday season. Which is a bit odd, because, aside from the display, the new Series 9 looked exactly like the one launched back in April.

That same awesome and original design is there, the same winning keyboard/touchpad combo, and pretty much the exact same connectivity options and ports, including USB 3.0, microHDMI and a Display Port. Of course, Samsung didn’t let anything slip on the hardware department, but we’re guessing it would be practically impossible to up the ante from the existing Series 9 configurations, which include Ivy Bridge i5 and i7 CPUs, up to 8 GB of RAM, Intel HD Graphics 4000, and 128 GB SSDs. 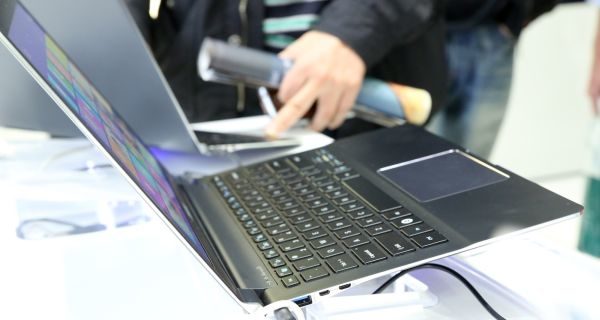 Thin, light, beautiful… and with an awesome display. What more could you want?

In any case, the new Series 9 definitely looks like something to wait for, so stay tuned on our website and we will bring you updates on the matter as soon as we hear anything. Who’s excited about it?