AsusPro BU400 business ultrabook introduced at the IFA, to hit the market in October 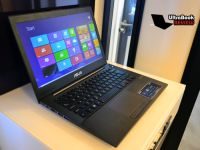 Toshiba and HP might have been the road-openers when talking about business-oriented ultrabooks, but that doesn’t mean there’s no place for additional competition in the niche. And competition we shall clearly have, with the AsusPro BU400 looking like a very functional and cool laptop with a great balance between power and decent pricing.

The BU400 was unveiled at the IFA 2012 in Berlin, and, like many other ultrabooks on display in Germany, the details about it are a bit blurry. Fortunately, our own Mike got some short hands-on time with the business ultrabook, so we know a couple of things about it.

First off, we have to notice that this is a very elegant and nice-looking notebook, even though it’s not as sleek as the company’s UX21 or UX31 ultrabooks. Weighing in at 1.64 kg (3.6 pounds), the BU400 is decently light, but will certainly impress more in terms of reliability and sturdiness. The reinforced carbon construction ensures that this big guy can take a hit or two while looking very handsome.

We don’t know about you, but we love the all-black exterior.

The keyboard/trackpad combo is again not the absolute best you might hope to find on an ultrabook, but it has all the elements to draw the attention of enterprise users. The keyboard is spill-resistant, large and comfortable, while the trackpad is wide, accurate and precise, at least at a first sight. We don’t appreciate the lack of backlighting at this fellow’s keyboard, but there’s a chance a higher-end model will come with that particular function.

In terms of hardware and performance, we don’t know much about the BU400, but we’re guessing it will come with third-generation Intel Core Ivy Bridge processors and different SSDs and hard drive combinations. 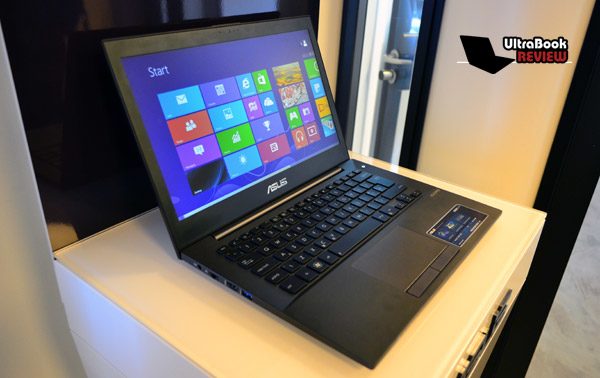 The display doesn’t look very hot, but this is a laptop that targets functionality first and foremost.

The display looks like a non-IPS 14-incher, although we have no news about its resolution (even the size is not yet confirmed). We also don’t know anything about the laptop’s battery, which unfortunately won’t be a user-replaceable unit.

Asus has equipped the BU400 with security features like disk encryption, TPM (trusted protection module) and a fingerprint scanner, but also with SmartConnect and other business-oriented functions. The 14-incher will run Windows 8 and will come with a bunch of connectivity options and ports, including three USB connectors, an SD card slot, HDMI, LAN, VGA and Kensington.

Great looks, Windows 8, a bunch of ports and a decent price. What could you want more?

Now I’m sure you’re wondering how Asus will be pricing the company’s first ever business ultrabook. Quite surprisingly, the BU400 will not be very “extravagant” and will cost around €899 in Europe starting sometime in October, when it should be released. That’ll be for the base model, of course, with higher-end versions being most likely to go well over €1,000. As for the US, it’s still unclear whether it will ever become available there, but if it will, it will most likely start at around $900.

Here’s the hands-on video we promised with the AsusPro BU400:

Disclaimer: Our content is reader-supported. If you buy through some of the links on our site, we may earn a commission. Learn more.
Adrian has a passion for technology and portable computers and he's been writing about mobile devices for many years now. He is in charge with the news here on the site, but sporadically he also contributes with tests and reviews.
← Previous Story Asus Zenbook U500, the first ever 15-inch Asus ultrabook
Next Story → HP debuts 15-inch Spectre XT TouchSmart premium ultrabook with touchscreen