The EliteBook 2170p is HP’s newest and smallest business laptop, to start at just $999 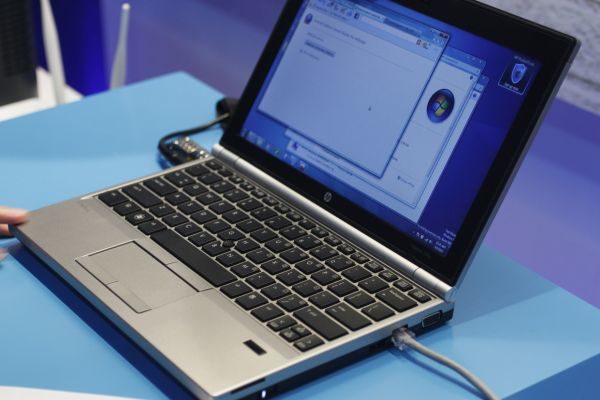 Sporting an 11.6-inch display, the 2170p is significantly smaller and lighter than its bigger brother unveiled earlier today, but it still has that premium look and feel, a very robust exterior and a lot of oomph under its hood.

The aluminum exterior is a trademark for HP’s EliteBooks, but somehow this little guy manages to be even more fashionable than some of its “cousins”. The 11-incher is at the same time as sturdy as it can be, so this might just be the perfect laptop for traveling and for business users in general.

The EliteBook 2170p brings the best of both worlds, being portable and light, but also sturdy and reliable

The keyboard is surprisingly large and comfortable, which makes it functional as heck. However, the functionality doesn’t stop there, because the keyboard is also spill-resistant and features backlighting. As for the trackpad, that is also more than decently sized and, at least at a first glance, it looks very comfortable and responsive.

Weighing in at 2.89 pounds, the EliteBook 2170p is a bit heavier and bulkier than other 11-inch ultrabooks around, but that is mostly due to the fact that HP has managed to cram a lot of ports on this little guy’s chassis. Still, you shouldn’t complain about bulkiness very much, because, at least in my book, anything less than 3.5 pounds is light as a feather! 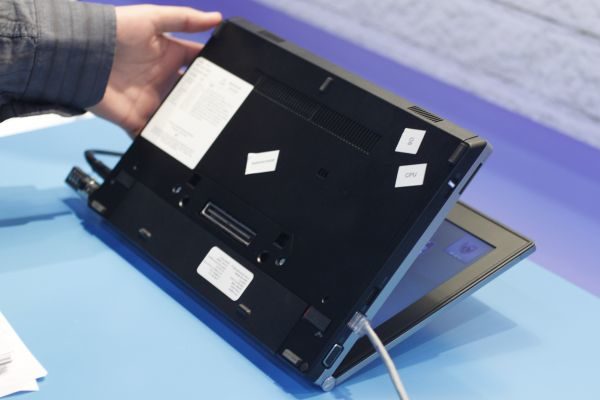 Yes, you can easily lift it with just one hand!

The EliteBook’s display features a standard 1366 x 768 pixels resolution and doesn’t come with an IPS panel, but before you get too disappointed, you should know that the screen is matte and therefore can be used in pretty much any lighting conditions. That, my friends, is more important than a couple of added pixels on the resolution, especially if you are a heavy traveler!

In terms of ports and connectivity options, the 11-incher comes with everything you might possibly need, including two USB 3.0 connectors, a 5-in-1 card reader, a DisplayPort, Ethernet, a combination headphone/microphone jack and a docking connector (there will probably be an optional docking station for expanding the battery life). Don’t think that the laptop will come with a poor battery, though, because HP is actually claiming that you will be able to enjoy an eight hour autonomy even without docking the 11-incher. 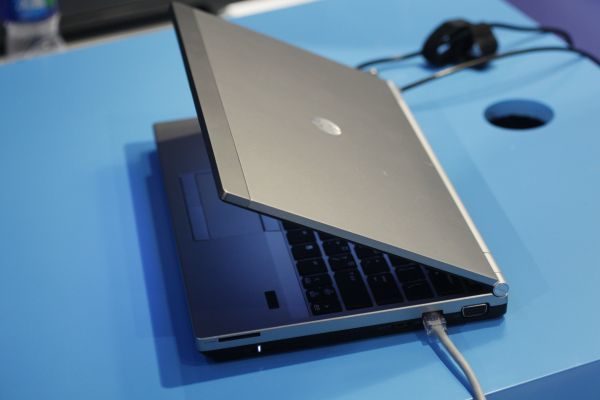 It looks great, it’s very functional and it shouldn’t be very expensive. What more could you want?

As far as performance goes, the details are still a bit shady, but we do know that the HP EliteBook 2170p will come with third-generation Intel Ivy Bridge processors. No words on RAM, graphics cards or storage options just yet, but all the information should be unveiled soon enough, as the laptop itself will start selling on June 22. The starting price will be of $999, which doesn’t sound very expensive, but we should refrain from drawing any conclusions until we know exactly what will this guy be packing.

That’s pretty much all we can report about the HP EliteBook 2170p for the time being, but stay tuned on our website for other details about availability, pricing and configurations coming soon. In the meantime, check out the following exclusive hands-on preview below, courtesy of our good friend Mike, who is currently kicking it back in Shanghai.