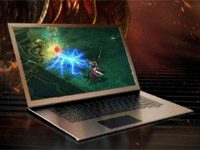 Last week I got to see a bunch of new generation laptops at work, boosting Intel’s Ivy Bridge platforms and Nvidia graphics.

There were no ultrabooks showcased then, cause as you might know, the Ivy Bridge low-voltage platforms haven’t yet been released, as they are due for late May. But Nvidia’s representatives said we should stay tuned, there will be plenty of ultrabooks with dedicated graphic by the end of the summer, able to deal with most popular games available in stores today.

The pictures below should tell you a bit more about the direction Intel and Nvidia are going when it comes to good graphics on ultrabooks. Intel’s Ivy Bridge platform brings improved Intel HD 4000 graphics as well, but you shouldn’t expect this integrated chip to be able to run at least decently the latest games.

However, Nvidia’s discrete options will and of course those will come with Optimus, thus you will get performances (while using the dedicated chip) or battery life (while using the Intel chip), based on your needs. 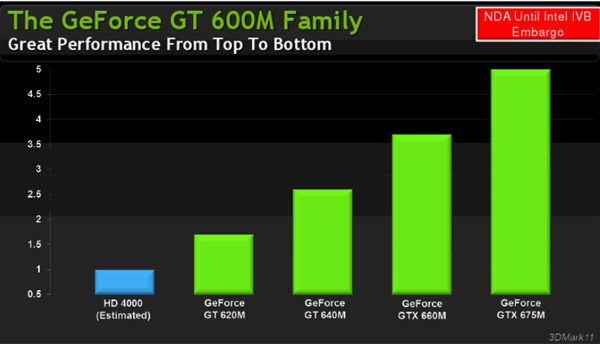 We’re for sure going to see the Nvidia GeFore GT 620M chip on most 13.3 inch devices. One of the first such ultrabooks leaked is the Asus UX32VD, but others will follow for sure. Bigger devices will get 630M or 640M chips, like the 14 inch Acer M3 does right now, but I doubt we’ll see the higher-end chips on thin laptops anytime soon. Still, with the 640M LE on the M3, I could run Battlefield smoothly with details set towards High, and that really is something.

I’m worried though that ultrabooks with discrete graphics will get quite hot. The Acer M3 I’ve played with does indeed get very hot on its bottom when running games, but that’s built on the older Intel Sandy Bridge platform and has the 640M chip inside. We’ll just have to wait and see how Ivy Bridge and Nvidia GT 620M chips will behave on 13.3 inchers. Nvidia’s representatives said they will be within usable limits, but they always said that and only tests will tell the truth.

This picture below from Nvidia’s press kit shows a bunch of important titles running properly on the 1366 x 768 px screens of the future ultrabooks, but that’s for a Core i5 and Nvidia GT 640M platform we’ll get on 14+ inch devices. 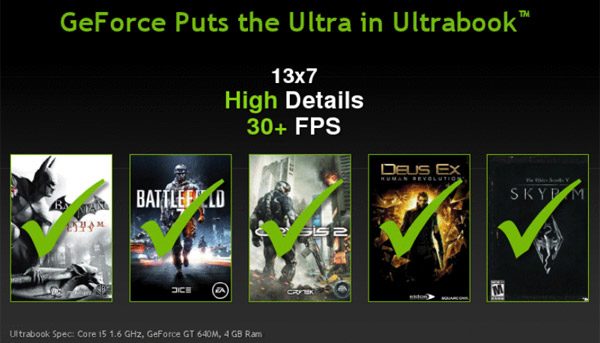 Just of the games you’ll be ablt to play on an Intel Ivy Birdge Core i5 and Nvidia GT 640M configuration, or higher

Update: It looks like the entry level 620M chip will handle those games as well, but on Lower Settings, not on High as the picture above stated.

In the end though, I’m quite excited by the new generation of ultrabooks. We’ll get plenty of models to choose from, we’ll see all the already available ultrabooks improved and we’ll have devices with dedicated graphics chips, able to deal with on-the-go light gaming.

So stay tuned, I’ll get back with more details on these new machines once they start popping out (which should happen sooner than you think).

Update: Here’s the promised extra, a list of the best ultrabooks for gaming available right now. Go ahead and check it out.

Disclaimer: Our content is reader-supported. If you buy through some of the links on our site, we may earn a commission. Learn more.
Andrei Girbea, Editor-in-Chief. I've been covering mobile computers since the 2000s and you'll mostly find reviews and thorough guides written by me here on the site.
← Previous Story What to expect in terms of ultrabook prices these days
Next Story → Ultrabook battery life and performance – what to expect and comparisons